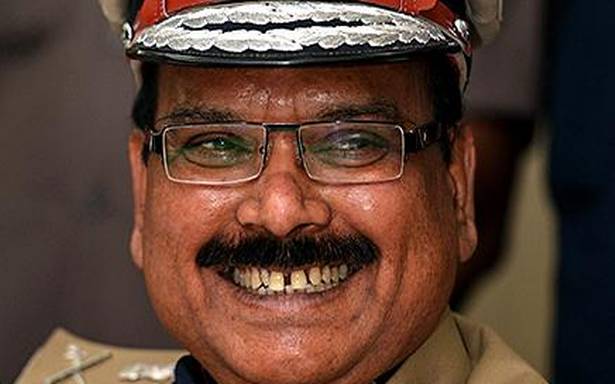 B. Prasada Rao dies of cardiac arrest in U.S.

Many IPS officers who have served as Police Commissioners in the city stand out in their own right, but Bayyarapu Prasada Rao was different from the rest.

Born on September 11, 1955, in Vijayawada, B. Prasada Rao reportedly died of a cardiac arrest on Monday morning in the U.S.A., where he had been living with his son.

Bayyarapu Prasada Rao had served as Commissioner of Police of Visakhapatnam and held many high-ranking positions that culminated in the post of Director General of Police (DGP) of united Andhra Pradesh in 2013-2014.

However, physics and the English language remained his first love.

He completed B.Sc (Physics Main) with distinction from Andhra Loyola College in Vijayawada in 1975, and went on to do his M.Sc from IIT, Chennai in 1977. He cracked the civil services examinations in 1979 in his first attempt. The son of a police constable, he fulfilled his father’s wish of becoming a police officer.

His hectic professional life could not deter him from pursuing his passion in physics. He was awarded a Ph.D for his thesis ‘Studies on the wave particle duality of light’ by Sri Krishnadevaraya University in 2014.

Such was his love for the subject that he began teaching it after his retirement. He relished discussions on the birth and evolution of the universe, the nature of light, subatomic particles, dark matter and dark energy. He would also boldly negate the Big Bang theory, explaining its ‘anomalies’ in the course of discussions that would stretch over several hours.

As Commissioner, he had converted one of his rooms in his official residence into a laboratory and would eagerly show visitors around. His experiments revolved round the wave nature of light, his friends recalled.

In one of his conversations with this reporter, he said, “Since my early days, I formed the habit of reading The Hindu, and picking up at least five new English words and writing them in a book with their meaning daily. I would then try to use them in some context during the day.”

“During my school days, my mother would give me 10 paisa daily for carrying the lunchbox to my father. I saved the money and bought my first English dictionary. I am in love with the language,” he had said.

With his demise, a pall of gloom descended on the officers and constables who had served with him in Visakhapatnam.

“Bayyarapu Prasada Rao was one of the best human being I have ever come across. He would always show concern about our health and education of our children. it was him who had sanctioned beddings with pillows for all constables on guard duty, after he saw a guard sleeping on the floor during the change of duty,” recalls constable Beesetti Venkateswara Rao.

People at the PAPA Home, an orphanage run by the City Police, say that Prasada Rao liked spending quality time with the children. He never missed visiting the home on festival days with sweets and chocolates.