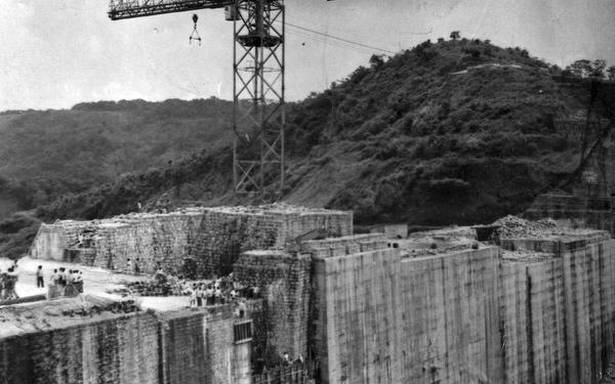 Taking the combined installed capacity of the Idukki hydroelectric power project to 1580 MW, the scheme is designed to address the long-term power demands of the State

An 800 MW power station can be established at Idukki to complement the existing 780 MW power gneration facility, a pre-feasibility study prepared by WAPCOS has indicated. Taking the combined installed capacity of the Idukki hydroelectric power project to 1580 MW, the scheme is designed to address the long-term power demands of the State.

The Minister for Electricity, K. Krishnankutty, released the pre-feasibility report prepared by central government agency WAPCOS here on November 29. This scheme, along with the Soura rooftop solar plant initiative, will is a critical component in addressing the power requirements of the state for the next 30 years, KSEB chairman and managing director B. Ashok said.

Planned at Moolamattam 500 metres north of the existing underground station, the proposed power station will draw water from the Idukki reservoir. The intake structure is planned on the left bank of the Kulamavu dam. A new penstock pipe will be laid from the reservoir for carrying water to the station, which too is planned as an underground facility. The tailrace water will be released into the Thodupuzha river in the Muvattupuzha basin.

The station will be equipped with four generators having a capacity of 200 MW each as opposed to six at the existing station. In due course, the old station, which was commissioned in 1976, will be kept as a standby, KSEB officials said.

As per the pre-feasibility report, the civil works are estimated to cost ₹1309.67 crore and electromechanical works, ₹1360 crore.

The KSEB needs to obtain nine crucial clearances before it can move forward with the project. It expects to apply for clearance from the Ministry of Environment and Forests in January 2022. The detailed project report and environment impact assessment report are expected in September 2022. The bid documents will be ready by November 2022. Environment clearance is expected, at the earliest, by March 2023.