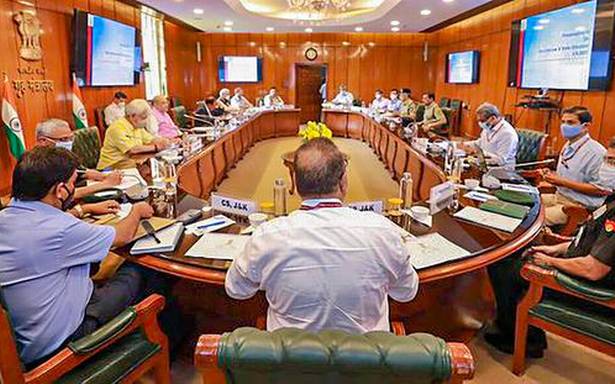 Union Home Minister Amit Shah on Thursday chaired a meeting to review the security arrangements and progress in the implementation of various development programmes in Jammu and Kashmir.

The meeting was held amid serious concern among the security agencies over the challenges in the aftermath of the Taliban takeover of Afghanistan.

During the two-hour deliberations, Mr. Shah appreciated all the development initiatives of the Union Territory (UT)administration. The current security scenario in the UT, threat perceptions and the course of action to be taken by the security agencies were discussed.

Among the challenges faced by the security forces is the use of drones from across the border to carry out terror attacks and smuggle in explosives, weapons and drugs. The government has been exploring various ways to counter this threat, particularly after the June drone attack inside the Jammu Air Force Station.

The agencies are also on high alert to prevent any infiltration attempt. Since January, more than 90 terrorists, including over a dozen Pakistani nationals, have been neutralised by the security forces in J&K.