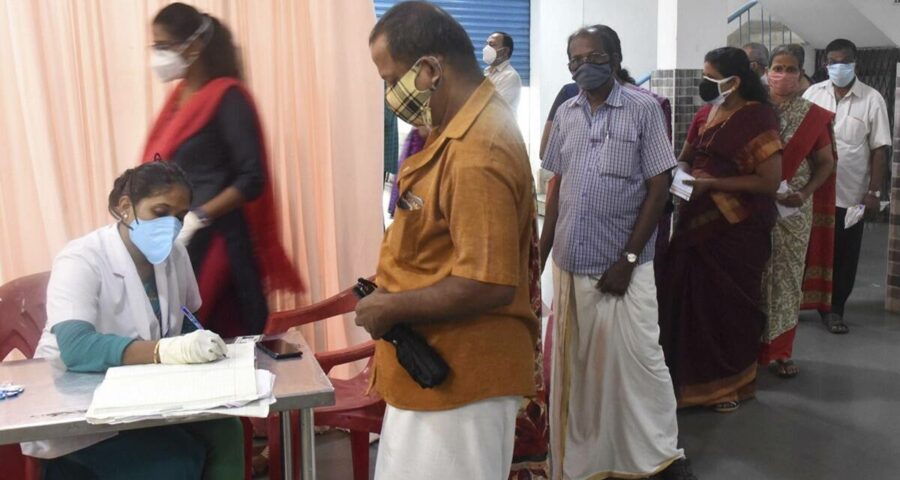 Kerala has reported over 22,000 infections for the last three days, which comprises over 50 per cent of the national daily case count.

The Centre Thursday decided to send a six-member team from the National Centre for Disease Control to Kerala to take stock of the Covid-19 situation. The state has reported over 22,000 infections for the last three days, which comprises over 50 per cent of the national daily case count.

“Union Ministry of Health and Family Welfare has decided to depute a high-level multi-disciplinary team to Kerala to collaborate with the State Health Authorities in instituting effective public health measures for Covid-19 management in view of the significantly enhanced number of daily Covid cases being reported by Kerala. The 6-member central team to Kerala is headed by Dr S K Singh, Director, National Centre for Disease Control. The team shall reach Kerala on 30th July, 2021 and visit a few districts,” a statement released by the Centre read.

The development comes a day after state-level serosurvey data released by the central government revealed that only 44 per cent of Kerala’s population above the age of six years had so far been infected with the coronavirus, against the national average of over 67 per cent. This, in effect, meant that a much larger proportion of the population in the state is still susceptible to the disease compared to many other states. Also, the number could, at least partially, explain why Kerala is continuing to report a high number of cases.

Reacting to the report, former state finance minister Thomas Isaac asked the Narendra Modi government to provide more vaccines to states that have a lower seroprevalence rate. “They are more vulnerable to infection. The present policy of vaccine distribution punishes states that have protected larger proportion of people from infection. Provide more vaccines to Kerala than free advice,” he tweeted on Thursday.

Kerala, with an active case load of 1.54 lakh, is contributing 37.1 per cent of the total active cases in the country, with a growth rate of 1.41 in the last 7 days.

The state has also reported a high case positivity of 12.93 per cent cumulatively and 11.97 per cent weekly. At least six districts are reporting more than 10 per cent weekly positivity, the Centre informed.