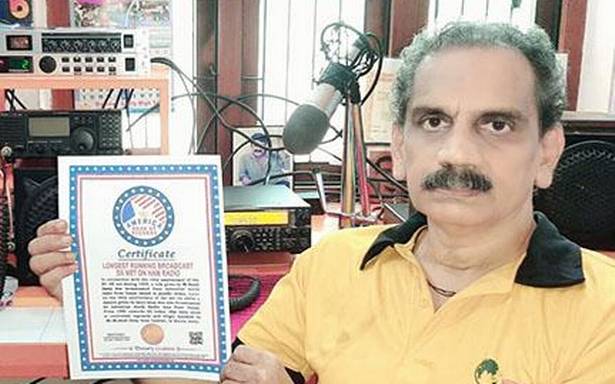 M. Sanil Deep, the amateur radio operator from Kozhikode who recently entered the America Book of Records, has certificates of 14 such records adorning the drawing room of his home.

Mr. Deep has scored all these records for the longest running broadcast show, BC-DX NET, for short wave radio listeners every Sunday for the last 30 years. As a net controller with the individual call sign VU3 SIO, he has been broadcasting single handedly since 1990.