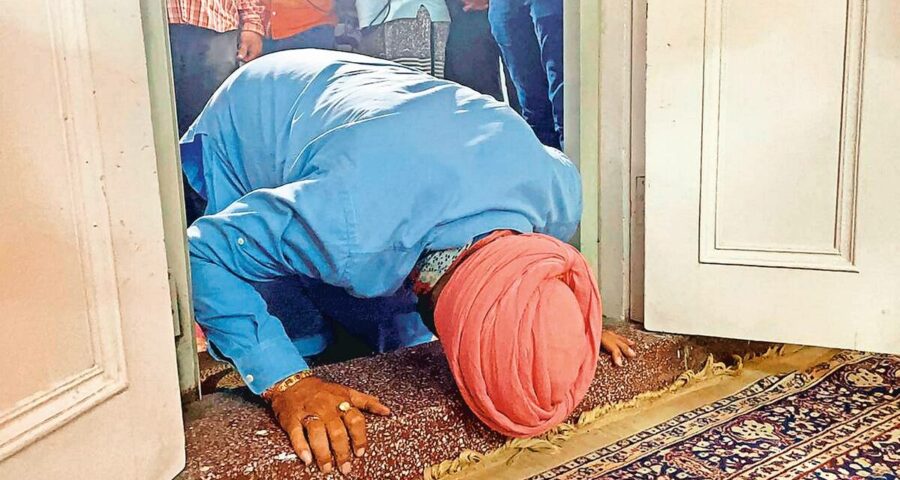 While there seems to be no end in sight to the cold war between new Punjab Congress president Navjot Singh Sidhu and Chief Minister Capt Amarinder Singh, the four working presidents, appointed by the AICC, bat for ‘team work’ and say the party is like a family. 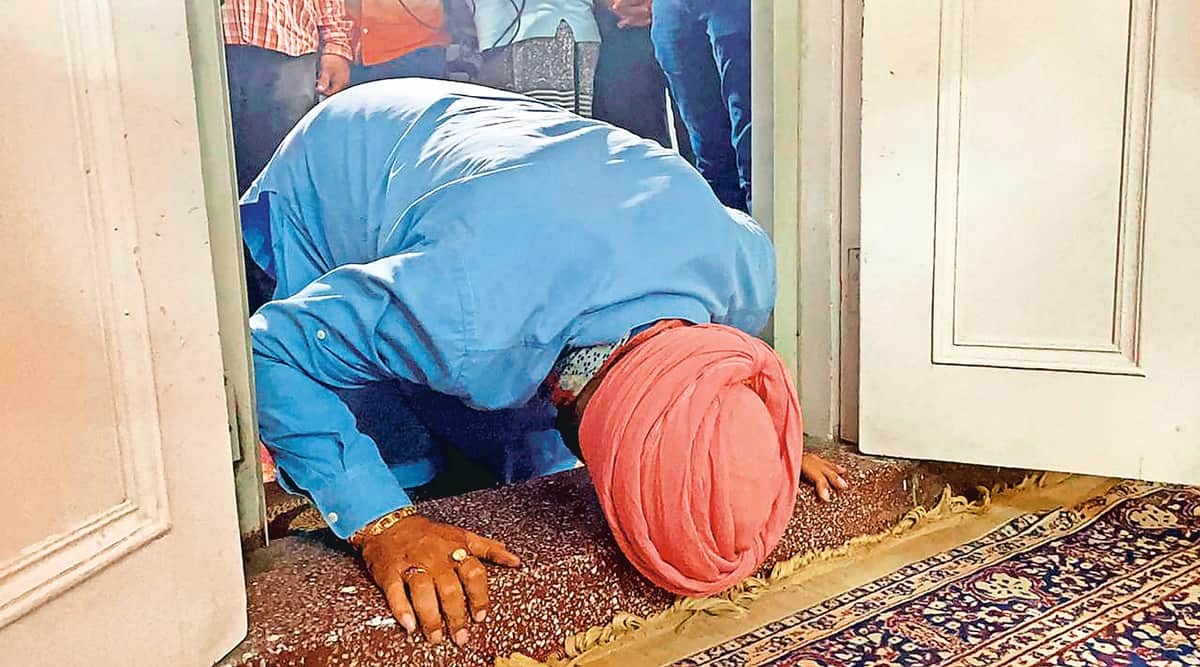 A day after Congress announced a change of guard in its Punjab unit, supporters of the new working presidents celebrated their elevation in different parts of the state. The Congress high command had on Sunday late undertaken a major revamp of the party in the state by making Navjot Singh Sidhu the PPCC chief while appointing four working presidents — Sangat Singh Gilzian, Sukhwinder Singh Danny, Pawan Goel and Kuljit Singh Nagra.

“My grandfather along with Pandit Jawahar Lal Nehru had led the Jaito Morcha in 1930 against arbitrary orders of Maharaja of Faridkot and both were jailed as well,” said Goel.

He added, “Even my father, Lala Bhagwan Das, remained a Cabinet minister in Darbara Singh government in Punjab. My father was senior vice president of the PPCC as well. However in 1988, he was assassinated during dark days of terrorism.”

Sources close to the family claimed then PM Rajiv Gandhi had visited Bhagwan Das’s house 20 days before he was killed. Pawan Goel was earlier president of district Congress committee of Faridkot, and had even remained general secretary of PPCC.

Why 4 working presidents for Punjab Congress

While naming Navjot Singh Sidhu, a Jat Sikh, as the Punjab Congress chief, the AICC also appointed four working presidents in an effort to balance the caste and religious equations in the state that goes to polls early next year. While former Faridkot district Congress president Pawan Goel is a Hindu; Jandiala Guru MLA Sukhwinder Singh Danny belongs to a Scheduled Caste and Tanda Urmur MLA Sangat Singh Giljian is a backward class leader. Kuljeet Singh Nagra, the Fatehgarh Sahib MLA, is a Jat Sikh — the third on a key post apart from Sidhu and Chief Minister Amarinder Singh. Nagra and Danny are also considered close to former AICC chief Rahul Gandhi.

When asked about his priorities, he said, “We will be working as a team for the betterment of the state. We will be meeting to chalk out our responsibilities, it is just an announcement as of now. We have significant tasks ahead of us. Whatever the high command tells us, we will abide by that.”

Gurlabh Singh Mahal, an advocate from Mansa, said: “Appointment of Goel as a working president is an honour for this family of freedom fighters and their sacrifices.”

Two-time MLA from Fatehgarh Sahib constituency, Kuljeet Singh Nagra, too said that the party will work as a team.

On Monday, Nagra was given a warm welcome in his constituency where he addressed supporters and thanked the high command for giving him this responsibility .

Nagra, who is stated to be close to the Gandhi family, said, “We will resolve differences if any within the party and we are here to work as a team…We will work hard as a unit ahead of polls in the state. I thank the high command for giving me this responsibility and I will do my best for the welfare of masses in the state.”

The 51-year-old had fought his first election in 2012 from Fatehgarh Sahib constituency and defeated SAD’s Prem Singh Chandumajra, while in 2017 as well he won defeating SAD’s Didar Singh Bhatti.

He remained a senate member of the PU in the 90s, while he had also served as chairman and president of Punjab University Students Union (PUSU) during his college days.

Apart from this, he had remained general secretary of the All India Youth Congress and even Punjab Youth Congress from 1995 to 1997. Earlier, Harbans Lal from Congress used to contest from Fatehgarh Sahib and he was a three-time MLA as well, however Lal was denied ticket in 2012 which was given to Nagra. Lal had left the party and had fought election as an Independent at that time. In 2019, however, Harbans Lal joined BJP.

In June, Nagra had openly criticised the decision of Punjab government giving jobs to MLAs’ sons on compassionate grounds. After, Bhishm Pandey, son of Congress MLA Rakesh Pandey and Arjun Partap Singh Bajwa, son of Qadian MLA Fateh Jung Singh Bajwa were given jobs on compassionate grounds, Nagra had issued a video message in which he had appealed the CM Amarinder Singh , the Cabinet and the party to roll back this decision.

After serving as Youth Congress vice president, Danny got ticket from Faridkot parliamentary constituency in 2009 from Rahul Gandhi’s quota. It was a time when Rahul was promoting young leaders and Danny benefitted from strategy.

While he belonged from Majha, he was given a ticket from a Malwa seat that he failed to win.

Danny could not get a ticket in 2014 despite making desperate attempts.

Finally, luck favoured Danny in 2017 when he was elected to the Punjab Vidhan Sabha for the first time from his home turf — Jandiala constituency in district Amritsar.

He has served as member of committee on welfare of SCs, STs & BCs of Punjab Vidhan Sabha from 2017-19.

Danny, however, maintained his distance from infighting between Captain and Sidhu while remaining low profile.

When Dalit leaders like Lal Singh and Shamsher Singh Dullo were hoping to gain from current crisis in Punjab Congress, Danny’s name as working president surprised many as he was never seen to be in race to get any position.

“We won 2019 elections in Punjab despite the Modi wave. Then we won all the local bodies elections. We will again win elections in 2022. There is no divide in the party. Even if there are some issues, high command will tackle them and party will win next election as one. Congress party is a family and there could be differences among members. But elders of family will resolve these differences,” said Danny.

He was the only MLA from Hoshiarpur who had attended a meeting with former minister Navjot Singh Sidhu in Jalandhar on Sunday hours before Sidhu’s appointment as PPCC chief.

Talking to The Indian Express Giljian, who was appointed advisor to Punjab CM Amarinder Singh in 2019, said: “I got an indication about Sidhu becoming PPCC chief and because of that I went to meet him yesterday….It is a good step taken by the Congress high command because people wanted Sidhu as PPCC chief and it will boost the morale of the ground-level workers as they are of utmost importance in winning the election in 2022.”

Giljian has had his differences with the state leadership as despite winning thrice in a row from Tanda Urmur he was not chosen for the ministerial berth by the Congress party in 2017. He was also ignored at the time of Punjab Cabinet’s expansion in 2018.

In 2007, he was denied a ticket by the party and had then contested as rebel and won the seat. Later, the Congress was forced to take him back in partyfold.

From the OBC Lubana community, Giljian then had alleged that backward classes were ignored in the Cabinet expansion. The Ludana community has a strong presence in Hoshiarpur, Kapurthala, Jalandhar, Gurdaspur and Patiala districts.

With no political background, Giljian was the first member of his family to join politics. He went on to win three elections in a row — 2007, 2012 and 2017 and is among the senior most leaders from Doaba region.

He had remained as village Giljian sarpanch for 15 years and also remained Congress Zila Parishad member for 10 years. He then contested first election for the Assembly in 2002, which he lost to SAD candidate Balbir Singh Mianai by a margin of around 1,250 votes.

“I had lost my father just a week before the 2002 Assembly elections and could not focus on my campaign during that last election. I lost by a small margin but after that people in my constituency never let me down because I have a strong bond with the people of my constituency.”

Giljian is a leader who is strongly connected with his electorates. Much before the social media revolution, Giljian was among one of the first Punjab leaders to tap the social media to buttress his election campaign in 2007, after being denied the Congress ticket from Tanda Urmur. He would send voice messages via phone calls that generated lot of support for him.

Locals said that as a leader he is available to them round-the-clock.

Sangat’s father was an agriculturist and he himself was into farming and also owned a rice sheller before coming into politics. He has three brothers. His elder brother, who is in the US, Mahinder Singh Giljian, is now president of the Overseas Congress now. 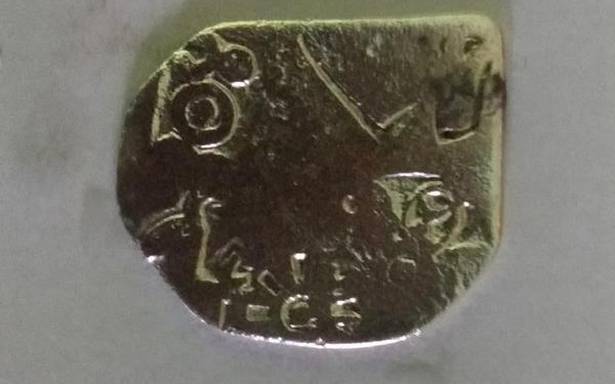