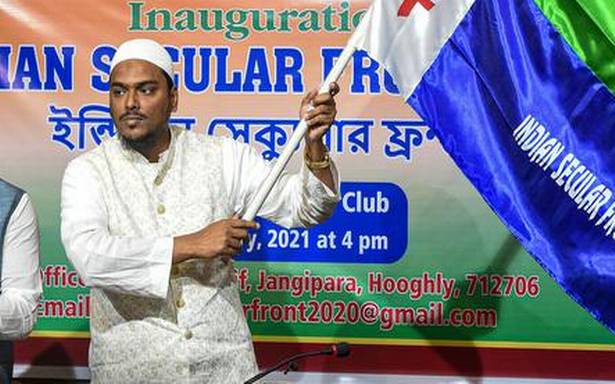 ‘Despite mobilising big struggles successfully, there has been a decline in the party’s mass base since 2008’

In a post poll analysis of its defeat in the West Bengal polls, the Communist Party of India-Marxist’s (CPI-M) Central Committee (CC) conceded that it had been a mistake to align with Abbas Siddiqui’s newly formed Indian Secular Front (ISF). Despite “the secular nature of programme and candidates fielded, emphasising on candidates from marginalised sections could not completely erase the image of it being a Muslim minority outfit”, the party noted.

This is for the first time in independent India that no Communist was elected to the Bengal State Assembly.

The Central Committee is the highest decision-making body of the CPI(M). Following its meeting held on August 6-8, the party prepared a report with a detailed analysis of the Assembly elections in West Bengal, Kerala, Tamil Nadu, Assam and Puducherry.

The CC indicted the West Bengal unit of the party for the formation of the Sanjukta Morcha — a third front comprising the Left parties, the Congress, and Furfura Sharif’s patron Abbas Siddiqui’s newly formed Indian Secular Front. The party said: “The Central Committee had decided that the Party can have electoral adjustments with others to maximise the pooling of anti-BJP (Bharatiya Janata Party), anti-TMC (Trinamool Congress) votes. But during the course of the campaign the seat adjustments with the Congress Party and the Indian Secular Front (ISF) were projected under the terminology of Sanjukta Morcha as a United Front calling for an alternative government. This was wrong and not in consonance with the CC understanding,” the party said.

This third front, it noted, was not cohesive since the Congress party had largely disowned the ISF. “Irrespective of the secular nature of its programme and candidates fielded, emphasising on candidates from marginalised sections could not completely erase the image of it being a Muslim minority outfit. Both these factors affected the cohesiveness of this electoral understanding,” the CC noted.

While Sanjkuta Morcha, the CC said, cannot be a permanent structure in the forthcoming Assembly by-elections or local body elections, an electoral understanding with the anti-TMC, anti-BJP secular forces can continue.

The CC said that the review of these results cannot be a one-time exercise but has to be a continuous, serious, self-critical introspection. The defeat of the BJP, though, does offer solace. The party’s politburo, in an analysis soon after the results on May 2, had concluded that polarisation between the TMC and the BJP was the main reason for the Left’s defeat in the State. The CC warned that the BJP’s emergence as the main Opposition party in Bengal is “a dangerous signal for the future”.

The CC noted with dismay that though there has been a decline in the party’s mass base since 2008, the Left front has successfully organised big struggles, mobilising large numbers of people. The CC asked, “Brigade rallies with the participation of more than 10 lakh people were also organised. Yet the question remains [—] why such mobilisations and actions have not translated into better electoral results or reverse the trend of the decline in our mass base?”

The party has blamed this on a sharp Right-ward shift in West Bengal, where the Rashtriya Swayamsevak Sangh, it said, had expanded rapidly. The party also conceded that it had overestimated the anti-incumbency against the TMC.