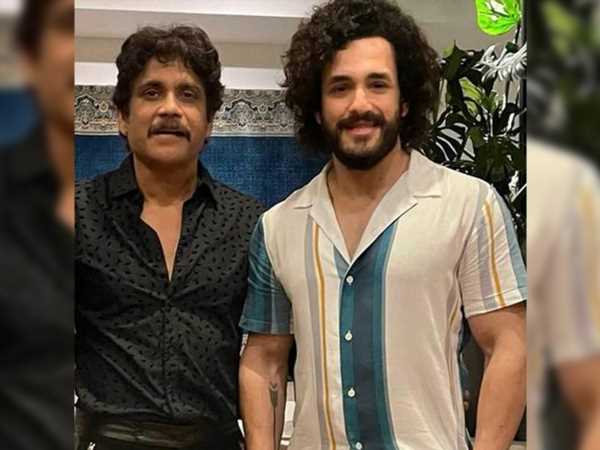 It is known that Nagarjuna Akkineni will be seen in director Praveen Sattaru’s ‘The Ghost’ and director Kalyan Krishna’s ‘Bangaraju’ that also stars Naga Chaitanya and Uppena fame Krithi Shetty. The makers  of The Ghost have already unveiled  the first look poster on the occasion of Nagarjuna’ birthday.  If ongoing buzz in the media and the film industry are to be believed, Akhil Akkineni will be seen playing a special cameo in Nagarjuna starrer The Ghost.

Apparently, the  director Praveen Sattaru has penned a special role for Akhil Akkineni and Hello actor is very impressed with his character and gave his nod. However, we will have to wait until the makers confirm the inclusion of Akhil  in Nagarjuna starrer The Ghost and make it official.

Bollywood actress Gul Panag is on the board to play the female lead and young beauty Anikha Surendran  is also the part of  The Ghost.

Young hero Akhil  is currently basking in the glory of his recently released romantic and comedy film Most Eligible Bachelor. The film which has Pooja Hegde as the leading lady,  has collected a share of over Rs 22 Cr. Akhil is also playing the lead role in Agent.