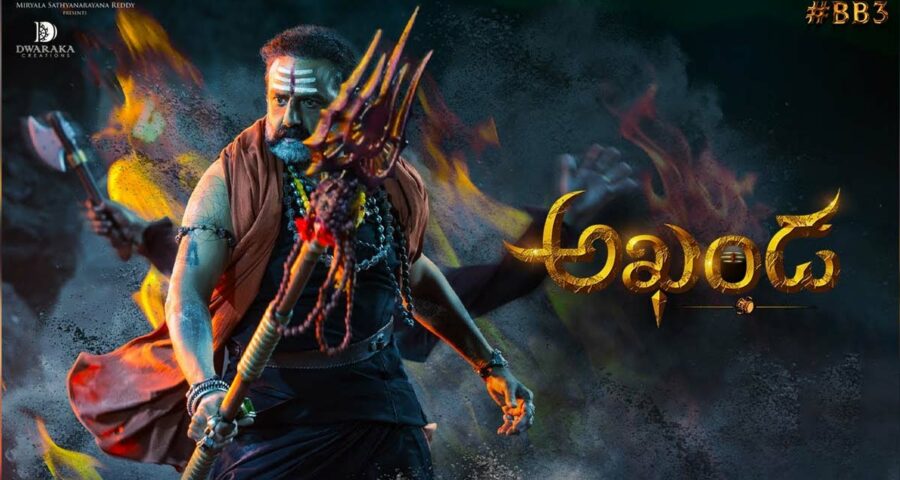 Nandamuri Balakrishna  is working with Boyapati Srinu for an upcoming action drama Akhanda, which is one of the much hyped movies of Tollywood. This is the first time Balayya is sharing the screen space with  Pragya Jaiswal. On the occasion of Ugadi, the makers of Akhanda launched the trailer  of the film that featured Balakrishna in Aghora avatar.

Balayya Babu stole the show with his powerful dialogue and roaring screen presence. With a thumping background composed by  music director SS Thaman, a glimpse of the action sequence  which  took place in Lord Shiva’ temple under the rocks was also shown in the trailer.

Inside talk is the scenes before the interval that will give goosebumps to  the audiences.   The sources close to the makers revealed, Balakrishna starrer Akhandha interval bang will have a high octane fight and also powerful dialogues from  the actor.

Akhanda has Srikanth  in the crucial role and  Balakrishna starrer marks his debut as an antagonist, which is produced by Miryala Ravinder Reddy under Dwaraka Creations banner. Thaman is the music director for the  Boyapati Srinu’ directorial venture  and C Ram Prasad is working as the  cinematographer whereas M Ratnam as the dialogue writer. Balakrishna is playing the dual role in Akhanda, he worked out and toned down his body for his role.