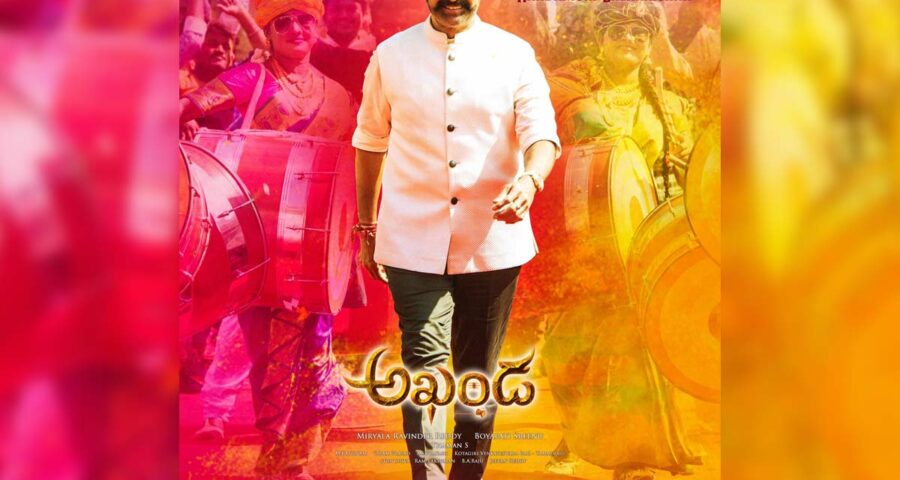 Nandamuri Balakrishna will soon be seen playing the double role in his upcoming  action drama ‘Akhanda’, which is helmed by Boyapati Srinu who is known for delivering mass masala movies.   The entire shoot of Akhanda has been wrapped up and the reports are coming that the makers are planning to release  Balakrishna starrer on 2nd December. Now according to the latest report, the makers of Akhanda are going to share a biggest update today at 4 pm.

Few days ago, the makers of Akhanda released the title song, which was sung by Shankar Mahadevan,Siddharth Mahadevan and Shivam Mahadevan, the track was powerful and high octane notes were strong. The film has the music by S Thaman.  The title track also gave the glimpse of Nandamuri Balakrishna in the get-up of an aghori saadhu.

Akhanda’s first track ‘Adiga Adiga’, which was a romantic track was released a few months back and was also received positive response by the movie lovers. The film stars  Kanceh fame actress Pragya Jaiswal as the leading lady whereas Srikanth is playing the main villain.

Akhanda is carrying a decent buzz among the movie lovers and it is s produced by Miryala Sathyanarayana Reddy under his banner Dwarka Creations.

First review on Balakrishna Akhanda music : It will be a Mount Everest like a film