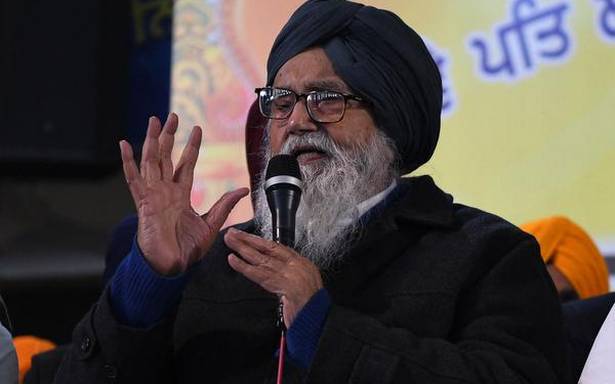 Mr. Badal was addressing a ‘panthic ikath’ or gathering of devotees in Amritsar, to protest the incidents of sacrilege including the outrage at the sanctum sanctorum of the Harmandar Sahib (Golden Temple).

“Our sacred ‘gurdhams’ and their unique religious ideology are being targeted. The quom (community) will have to guard against attempts by powerful agencies to create dissensions, disunity and mutual distrust within the community by using the age-old tactics of Trojan horses,” said the former Chief Minister.

Mr. Badal cautioned against the dangerous conspiracy to inflame Punjab again through communal polarisation. “The hard-earned atmosphere of peace and communal harmony is being put to the torch by powers that be. They will finally blame the flames on Punjabis themselves in a repeat of 1980s and 90s simply to further vested petty political interests,” he warned and demanded a probe into the recent sacrilege incidents by a sitting judge of the high court.

Hitting out at ruling Congress, the SAD president Sukhbir Singh Badal said the party had played politics on the issue of sacrilege for five years and done nothing to nab those behind this heinous act. He said now again a conspiracy was afoot to spoil the peace of the State and create divisions in society for political motives alone.

“Despite nabbing culprits who had committed sacrileges at Sri Anandpur Sahib on September 13 and at Sri Darbar Sahib on December 15, both last year, the government had done nothing to uncover the conspiracy behind the two incidents. Even in the case of the Sri Harmandar Sahib sacrilege, no attempt was made to identify the accused till now,” he alleged.

Evoking the ‘panthic politics’ in the run up to the Assembly election, Mr. Sukhbir said, “It is of utmost importance to strengthen the ‘panth’ as well as its representative party — the SAD.”

Mr. Sukhbir also accused former ally, the BJP of trying to wrest control of the Delhi Sikh Gurdwara Management Committee (DSGMC). “It was shocking that Manjinder Singh Sirsa, who was heading the DSGMC at the time, had joined the BJP. He should be ashamed of it,” he said.

Giani Harpreet Singh, chief priest of Akal Takht — the highest Sikh temporal seat — said the Sikh community would not tolerate any interference in its religious affairs and urged the community to strengthen the Akal Takht and the Shiromani Gurdwara Parbandhak Committee (SGPC). “The SAD will get stronger automatically,” he said.

The SGPC President Harjinder Singh Dhami said the community would never forgive Mr. Sirsa and others like him who had derived their strength from Sikh religious institutions and then betrayed them. He also alleged that the BJP was interfering in the administration of Takth Sri Hazur Sahib and Takth Sri Patna Sahib.