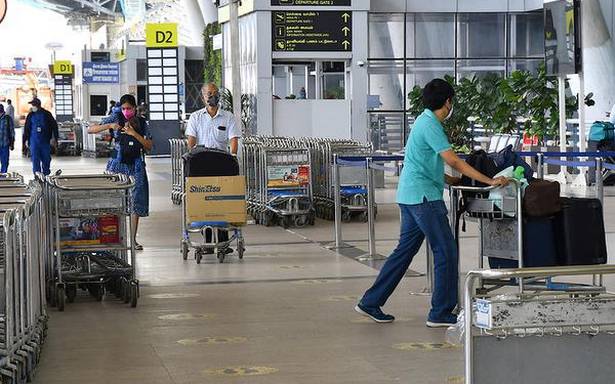 Many flyers keen on travelling to Dubai after a long wait are anxious whether a rapid RT-PCR testing facility would be made available at Chennai airport.

It was recently announced that Indians travelling to Dubai must go through a rapid RT-PCR test four hours prior to departure, and they would be able to travel only if they test negative for COVID-19.

Officials of the Airports Authority of India (AAI) said they had received queries from such passengers on whether they would be able to undergo a rapid RT-PCR test at the airport. Currently, the airport has a lab where passengers can take either a TrueNat test or an RT-PCR test.

After the Kozhikode airport announced that it had set up the testing facility, passengers took to Twitter to ask if Chennai airport would introduce it soon.

Officials said it was essential that they set it up at the earliest for the convenience of passengers. “We should not be left behind, and passengers should not go to other airports because we don’t have this facility. We hope we can start this soon,” an official said.