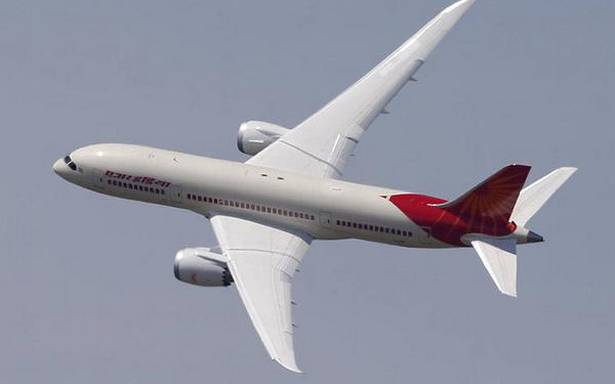 “The disinvestment process of Air India is on the right track. For this the financial bids should come in by September 15 and after that the next move would be initiated,” he told reporters here.

Mr. Scindia, who was recently inducted in the Union cabinet, also said a "blueprint" of rules for operating drones had been prepared after discussions with the Defense and Home Ministries.

As in the case of bigger aircraft, flying paths for drones would be set up and people would be allowed to fly drones in specified areas with the help of software, the minister said.

Drones would also be registered and their flyers would be issued licenses, he added.

Air services in the country are being democratized under the UDAN project, and efforts are on to achieve the target of putting in place 1,000 airways and 100 airports by 2025, Mr. Scindia said.

The air traffic to and from Indore, Bhopal, Jabalpur, Gwalior and Khajuraho in Madhya Pradesh, his home state, was increasing, he said. The number of flights from these places would go up to 738 from 424 from September 1, the minister added.

An expansion plan of Indore’s Devi Ahilyabai Holkar International Airport to enable operations of big aircraft from there has been drawn up, under which 2,300 acres of land has been sought from the state government, Mr. Scindia said.

To a question, he said the Indore-Dubai flight service, grounded due to the COVID-19 outbreak, would resume after getting a go-ahead from Indian and United Arab Emirates (UAE) authorities.