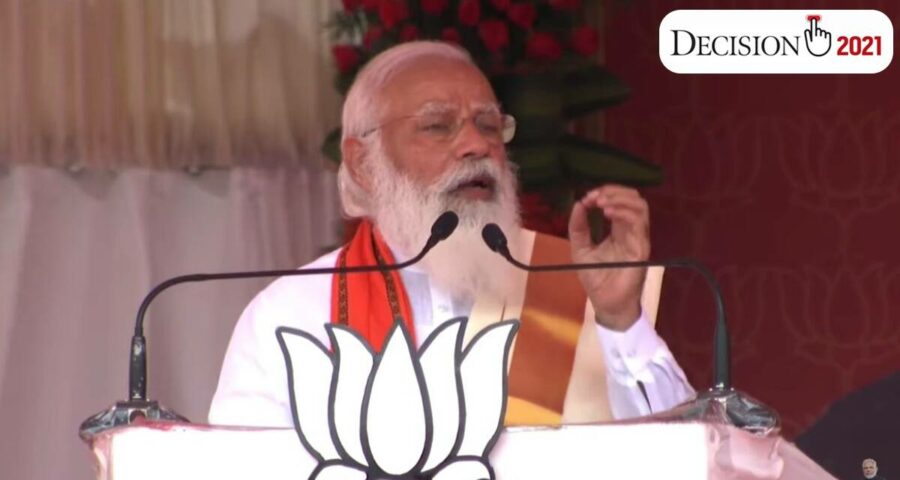 Without directly taking the name of Sabarimala in the context of the 2018 Supreme Court verdict on the entry of women of all ages and the subsequent protests and violence that rang out in the state that year, PM Modi targeted the two fronts for their stand on the issue, claiming that the BJP will ‘uphold’ the culture and traditions of the state. 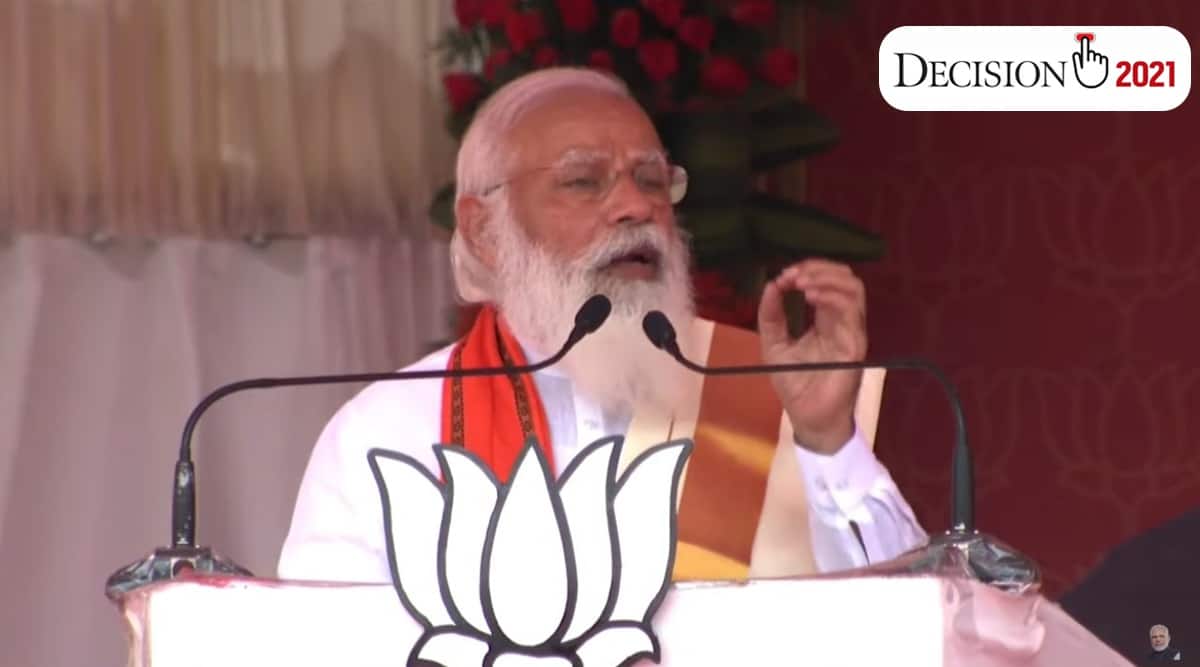 At his first election rally in the poll-bound state of Kerala on Tuesday, Prime Minister Narendra Modi slammed the opposition Congress-led UDF and the incumbent CPM-led LDF for “looting” the state.

Speaking at the Fort Maidan in Palakkad constituency where BJP has fielded ‘Metro Man’ E Sreedharan as its candidate, the Prime Minister said, “For many years, the worst-kept secret in Kerala politics was the friendly agreement of the UDF and the LDF, Now, the first-time voter in Kerala is asking what is this match-fixing? For five years, one loots and for the next five years, the other does the same thing. People are seeing how LDF and UDF misled people. In West Bengal, Congress and Left are one. They were partners in UPA-I in Delhi and the Left continued to give issue-based support to UPA-II.”

“Here in Kerala, during election, they raise allegations against each other. But after coming to power, they never act on it. Their behind-the-scene (acts) are exposed. They have different names, but their work remains the same and they have their marked areas of making money. UDF has not even spared the rays of the sun. Also, just like Judas betrayed Lord Christ for a few pieces of silver, LDF has betrayed Kerala for a few pieces of gold,” he added, referring to the solar panel scam during the previous UDF government and the recent gold smuggling case respectively.

He insinuated that the LDF and the UDF have two principal objectives — engaging in vote-bank politics and filling their own pockets.

Without directly taking the name of Sabarimala in the context of the 2018 Supreme Court verdict on the entry of women of all ages and the subsequent protests and violence that rang out in the state that year, PM Modi targeted the two fronts for their stand on the issue, claiming that the BJP will ‘uphold’ the culture and traditions of the state.

“LDF and UDF have directly attacked Kerala’s culture and they abuse our traditions and ethos. The LDF government should be ashamed of showering lathis on innocent devotees and the UDF should be ashamed of being silent when this was happening. I want to tell the LDF and UDF, your lathis will not scare us. If you abuse our culture, we will not be silent spectators,” said Modi.

Referring to BJP state president K Surendran who was jailed during the Sabarimala agitation in 2018, Modi asked, “What was his crime? That he spoke for traditions? Our manifesto has spoken about it (Sabarimala issue) in detail. I urge you to read it. I take pride in the state’s culture and being part of a party that upholds the culture.”

Modi claimed that the BJP’s vision for Kerala is forward-looking and aspirational which explains why experienced technocrats like Sreedharan want to connect with the party. He said the ‘Metro Man’ was a ‘proud son of Kerala’ who has devoted himself to the state’s progress.

Alleging that the two fronts have created roadblocks for development in the state, the Prime Minister said only the BJP can bring ‘FAST’ development to the state. “F stood for fisheries and fertiliser sectors, A for agriculture and Ayurveda, S for skilled development and social justice and T for tourism and technology,” he said.