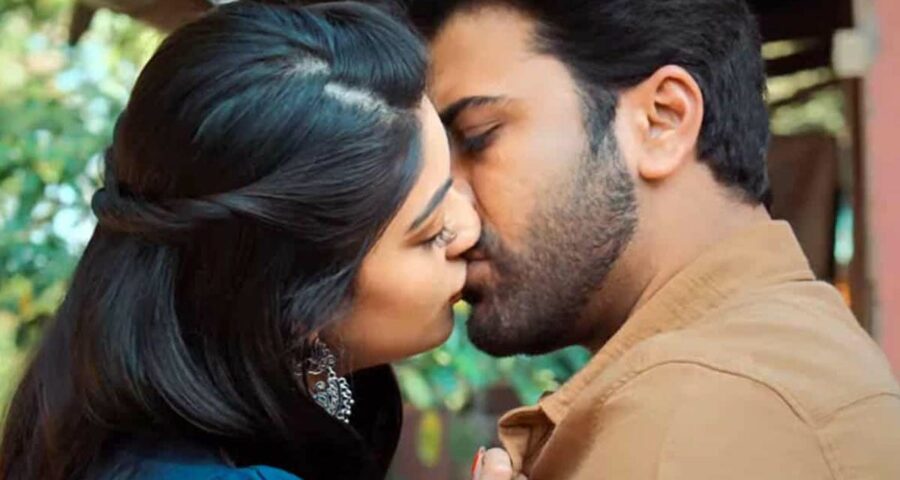 Kissing – the act is considered normal in all western countries but  it is considered a taboo in many others. In some countries, a kiss, if done in public, can land you in prison.  But Indian cinema is not that conservative. So on-screen kissing is not a taboo. But some actors in Tollywood who have a set image in the eyes of the masses or  the actors who are just not comfortable say no to on-screen kissing. Sharwanand had also decided to not lock the lip with any actress on the screen after the movie Ko Ante Koti, in which he locked his lips with the actress Priyan Anand.

In the movie Padi Padi Leche Manasu, he was seen kissing Sai Pallavi on the cheeks only. But  this time, Sharwanand has broken his rule for the upcoming action and romantic drama Maha Samudram, which is helmed by Ajay Bhupathi who is known for helming RX100.

Yesterday evening the makers of Maha Samudram launched the trailer whereas Sharwanand was seen locking lips with Anu Emmanuel.

The action drama also has  Siddharth and Aditi Rao Hydari in the lead roles, which is bankrolled by Anil Sunkara under AK Entertainments production company whereas it has the music by Chaitan Bharadwaj.