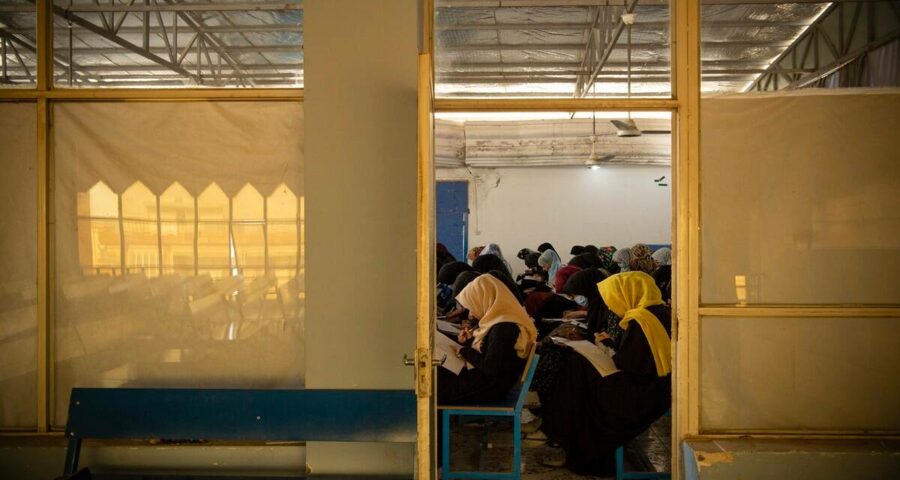 Though it has refused to attend, China has conveyed that it is open to maintaining contact and discussions through bilateral diplomatic channels. AFTER PAKISTAN’S refusal last week, China has cited “scheduling issues” to convey that it will not participate in the Delhi Regional Security Dialogue on Afghanistan on November 10, sources told The Indian Express.

While the two neighbours have chosen to stay away, the other key countries in the region — Russia, Iran, Tajikistan, Uzbekistan, Turkmenistan, Kazakhstan and Kyrgyzstan —are expected to participate in the meeting to be held at the level of national security advisors, and chaired by NSA Ajit Doval.

Though it has refused to attend, China has conveyed that it is open to maintaining contact and discussions through bilateral diplomatic channels.

Sources said the meeting will look at evolving a “regional security architecture” to deal with the challenges arising out of the Taliban takeover of Afghanistan, mainly terrorism within and across its border, radicalisation and extremism, cross-border movement, drug production and trafficking, and potential use of weapons and equipment left behind by the US and its allies.

The top security officials are expected to jointly call on Prime Minister Narendra Modi on Wednesday. Some of the visiting delegates will also travel to Amritsar and Agra for sightseeing.

With security concerns pertaining to Afghanistan dominating Delhi’s mind, the conference is being held on the Taliban-ruled country’s “current situation and future outlook”. Apart from the multilateral element, there will be bilateral meetings as well, sources said.

The Ministry of External Affairs said the “high-level dialogue will review the security situation in the region arising from recent developments in Afghanistan”.

“It will deliberate upon measures to address the relevant security challenges and support the people of Afghanistan in promoting peace, security and stability,” it said.

“India has traditionally enjoyed close and friendly ties with the people of Afghanistan and has called for a unified international response to address the security and humanitarian challenges facing Afghanistan. The forthcoming meeting is a step in that direction,” it said.

Last week, responding to a question on the meeting from reporters in Islamabad, Pakistan National Security Advisor Moeed Yusuf had said that he would not attend, and added that “a spoiler can’t be a peacemaker” in an apparent reference to India, the host.

Sources in Delhi said there is “consensus” among regional countries attending the conference that Pakistan is “source of the problem”. There is a credibility gap between Pakistan’s actions and intentions on Afghanistan, sources said.

“Pakistan’s decision is unfortunate, but not surprising. It reflects its mindset of viewing Afghanistan as its protectorate. Pakistan has not attended the previous meetings of this format. Its media comments against India are an unsuccessful attempt to deflect attention from its pernicious role in Afghanistan,” sources said.

According to sources, the country’s top security establishment, the National Security Council Secretariat, is taking the lead in organising the conference. The meeting is a “security track”, which is different from the “diplomatic track”, and the “czars of the security establishments” in these countries will discuss “practical cooperation”, they said.

However, sources said, there was no request or plan to invite the Taliban since none of the participating countries have recognised or legitimised the regime so far. They did not rule out the possibility of inviting other countries, including the US, in future editions of the event.

According to sources, there has been an “overwhelming response to India’s invitation”.

“Central Asian countries as well as Russia and Iran have confirmed participation. This would be the first time that all Central Asian countries, not just Afghanistan’s immediate neighbours, would be participating in this format. The enthusiastic response is a manifestation of the importance attached to India’s role in regional efforts to promote peace and security in Afghanistan,” they said.

Underlining the need to actively engage with the world to protect its security interests, sources said the event could be India’s way to get a seat at the table to decide the future course of action on Afghanistan. “When you are not at the table, you are on the menu…this conference is India’s attempt to set the table, be on the table and decide the agenda,” they said.

Until the fall of Kabul, India had not engaged with the Taliban through publicly announced official channels. For Delhi, the event is an “important play” since the Government has made it clear that it has red lines on the Taliban dispensation — it should not allow safe havens for terror on its soil, it should be inclusive, and it should protect the rights of minorities, women and children.

But so far, the signs from the Taliban have not been encouraging, according to the assessment shared by New Delhi with its interlocutors.

Sources said two meetings were held under this format in Iran in September 2018 and December 2019. The third meeting in India could not be held earlier due to the pandemic.