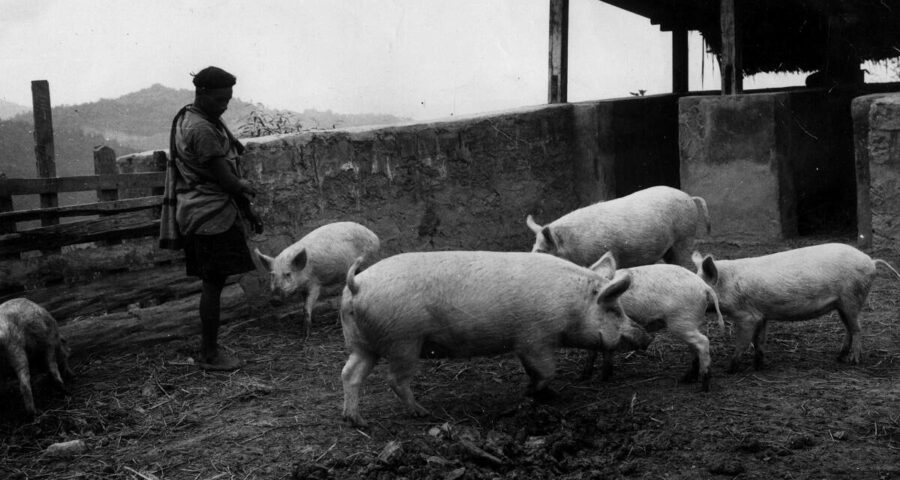 The government has declared compensation ranging between Rs 2,200 to Rs 15,000 for pig rearers who have lost animals owing to the culling exercise. Four cases of the highly contagious African Swine Fever were detected among pigs at Kanchanpur in North Tripura district. The area is located close to the Tripura-Mizoram border. Notably, the disease has claimed the lives of nearly 25,000 pigs in Mizoram in the last five months.

The cases in Tripura were reported in an exotic pig breeding farm. Dr Mrinal Dutta, the nodal officer of Tripura State Disease Investigation Laboratory, said: “This was the first outbreak of the disease in the state.”

The official said that pig deaths were first reported on August 15, following which rapid response teams of the animal resource development department (ARDD) collected serological and other biological samples from the pigs and sent them to the North East Regional Disease Diagnostic Laboratory and the ADMAC Core Laboratory in Assam for testing. The test reports, which came back a few days ago, have confirmed that four of 87 samples tested positive for the African Swine Fever.

“We have identified a zone of 1 km radius from the epicentre of the outbreak. Culling has also started as per the guidelines of the Union government. In total, 28 pigs and piglets have been culled across seven villages. The process is still on,” Dutta said.

Livestock in another 10km radius was being monitored by animal resource researchers, and sero-monitoring and sero-surveillance experts.

Datta said the disease might have travelled from neighbouring Mizoram. African Swine Fever was first detected in Assam last year, and was later found in Arunachal Pradesh, Meghalaya and Mizoram.

ARDD officials have, however, assured that there was no risk in safe consumption of pork as the disease doesn’t spread from animals to humans, despite its highly contagious nature among pigs.

The government has declared compensation ranging between Rs 2,200 to Rs 15,000 for pig rearers who have lost animals owing to the culling exercise.