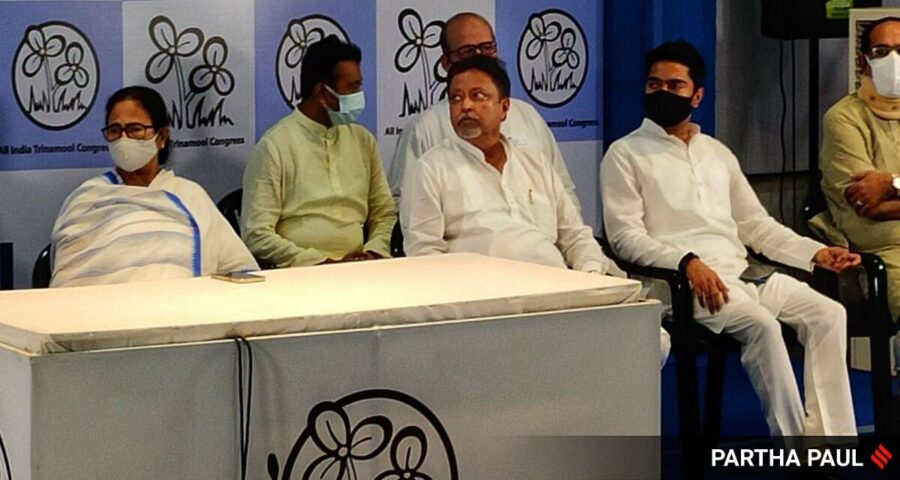 “Roy's contribution since the early days cannot be ignored in the BJP's emergence as the main opposition party in West Bengal,” said a leader involved with the party affairs in Kolkata. 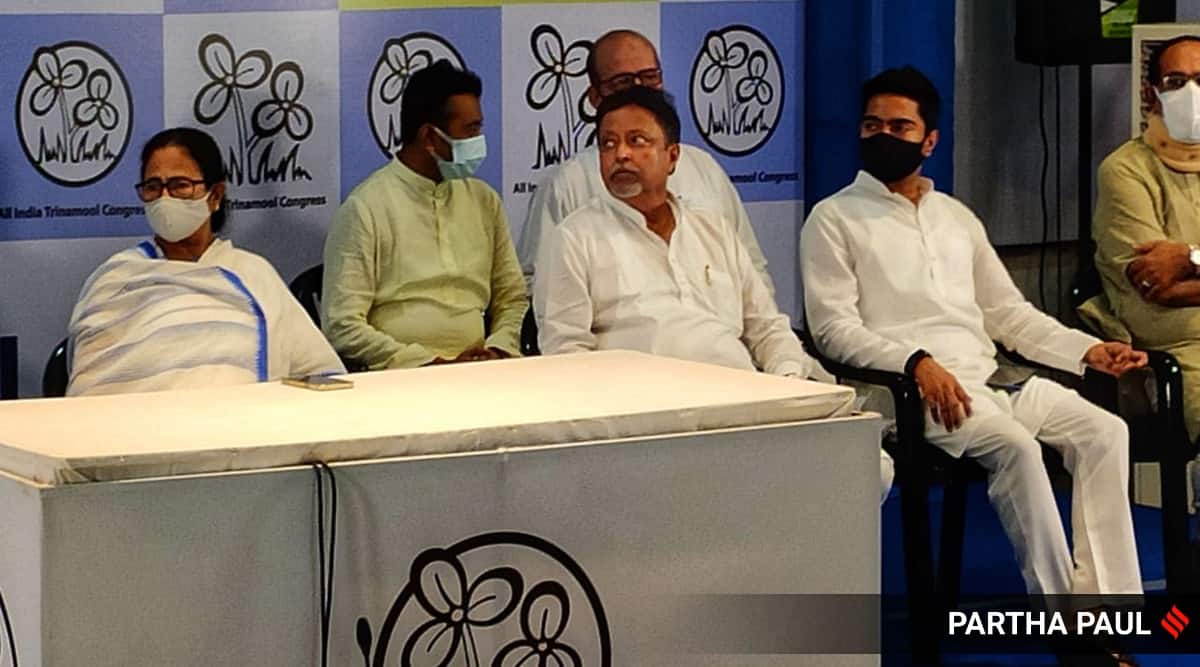 For many in the BJP, Mukul Roy’s exit on Friday did not come as a surprise, with party leaders saying the resentment and unhappiness had been brewing for a while — with the last straw being the BJP choosing Suvendu Adhikari as Leader of Opposition in the West Bengal Assembly after the recent elections.

While Adhikari only joined the BJP in December 2020, Roy crossed over from the TMC in 2017, at the time No.2 in the party.

Roy’s exit also betrays the differences at the top in the state BJP, between those originally belonging to the party and those who came over from the TMC. BJP general secretary Kailash Vijayvargiya, given the charge of Bengal, is believed to have won over Roy, using his organisational skills as well as widespread and deep-rooted network to build the party in the state where it was virtually non-existent till 2014.

“Roy’s contribution since the early days cannot be ignored in the BJP’s emergence as the main opposition party in West Bengal,” said a leader involved with the party affairs in Kolkata.

The highest point for the Vijayvargiya-Roy team in Bengal was the BJP’s surprise surge to 18 Lok Sabha seats in the 2019 Lok Sabha elections. That essentially set off an exodus from the TMC to BJP, with several civic bodies in North 24 Parganas going overnight to the BJP.

Sources said Vijayvargiya more than once tried to persuade the BJP top leadership to reward Roy suitably. While Roy wanted to be part of the Union government, Prime Minister Narendra Modi reportedly did not entertain the idea, mainly due to the charges of corruption against the Bengal leader. “The PM did not want a leader with a tainted image to be part of the government,” said the BJP leader quoted above.

Finally, in September last year, Roy was made a BJP national vice-president.

At the time, BJP leader Rahul Sinha, dropped as party secretary, had lashed out publicly. “I have given 40 years to the party. The award I received is that a TMC leader is coming, so I have to leave,” he had said.

Sources said Roy did not see the organisational post as enough compensation. A senior BJP leader said the TMC also put emotional pressure on Roy “through son Subhranshu Roy”. The party visibly lent its support to the family during its recent Covid crisis, with both Roy and wife Krishna testing positive. TMC leader Abhishek Banerjee had visited Krishna in hospital.

Subhranshu recently praised Mamata Banerjee for her handling of the Covid pandemic and the post-Cyclone Yaas situation.

While Vijayvargiya was not available for comment Friday, BJP leaders admitted that Roy’s exit was likely to further encourage factionalism in the state unit. “The differences between those in the BJP with an RSS background and those who migrated from other parties are getting worse,” a party leader said.

The BJP also fears a domino effect, with other former TMC leaders already reaching out to Banerjee, including Sonali Guha and Dipendu Biswas. Some such as Rajib Banerjee have openly taken potshots at the BJP.

Banerjee mentioned this at her press conference welcoming Roy back into the TMC Friday, saying, “There are many who want to return. However we will accept only those who did not stoop as low as to attack our party during the Assembly polls.”

As per TMC sources, even BJP MLAs might cross sides, and one of the mediums for tapping them will be Roy.

TMC Rajya Sabha MP Sukhendu Sekhar Ray said, “The BJP is destined to fall like a house of cards in Bengal. Today’s development is the beginning of the end… Come and call again Didi O Didi!” he said, in a reference to Modi’s exhortation against Banerjee during the elections.

A former Union railway minister and Rajya Sabha MP, Roy is expected to be by Banerjee’s side as she looks at a more national role against the BJP. Recently, Banerjee took the first steps towards passing on the party baton, making nephew Abhishek a general secretary.

Roy’s skills as a grassroots leader are also expected to help the TMC reclaim ground ahead of elections to over 100 civic bodies, including the Kolkata Municipal Corporation (KMC), later this year.

On Friday, Sonali Guha, a former MLA, said her return to the TMC was imminent. “Mukul da was accepted by Mamata Banerjee. It is only a matter of time when myself and others get accepted too. The BJP did not give us due importance. I have already begged Didi for pardon. There are many others like me,” Guha told The Indian Express.

Swapan Dasgupta, who was renominated to the Rajya Sabha soon after losing the Assembly election on a BJP ticket, said the party need not be disheartened. “There’s no cause for new & old karyakartas to be dispirited & go into a shell,” he tweeted.

But other BJP leaders were critical of the party affairs Friday. National secretary Anupam Hazra said, “The way central leaders came and campaigned, the BJP didn’t fight to sit in the opposition in the state. But a lot of leaders were not properly utilised. There is lack of unity and lot of groupism. The BJP must address these issues… During the polls, only one or two leaders were allowed to work, other deserving leaders sat idle.”

Former TMC MLA Sabyasachi Dutta was earlier served a show-cause notice by the BJP for statements against the party. Dutta had said there was a tendency in the BJP to give more importance to non-Bengali leaders than Bengali leaders.

Some turncoats however put up a brave face. Baishali Dalmia, also a former TMC MLA, said, “There is no harm if some garbage is removed. In fact people lose faith in such politicians.”