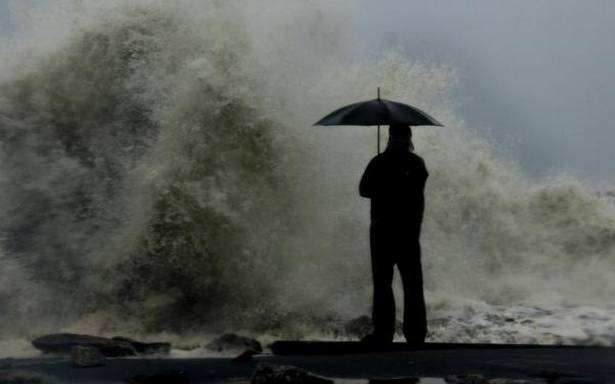 Evacuation of people to relief camps in coastal districts hit by heavy sea erosion has become all the more difficult due to the grim COVID-19 situation.

With flooding severe along coastal Thiruvananthapuram, the district administration shifted 308 people from 78 families to relief camps. While people who have tested positive for the infection have been moved to domiciliary care centres (DCC), the administration is planning to carry out antigen tests in the relief camps for the others, Deputy Collector (Disaster Management)G.K. Suresh Kumar said.

In Alappuzha, sea erosion has been severe at Ottamassery, Neerkunnam, Purakkad, Thrikkunnappuzha, Ambalapuzha, Arattuppuzha, and Kattoor in Cherthala and Ambalappuzha taluks. At least three houses were damaged after rough seas battered Ottamassery. Buildings have been identified in all the six taluks for relief camps. People will be shifted there as per the COVID-19 protocol and guidelines, said a revenue official.

Nearly all of the 21 wards of Chellanam panchayat in Ernakulam were hit by sea incursion and flooding. Residents said waves had risen above the low seawall and geotextile tubes in Kannamaly, Companypady, and Maruvakkad. Testing for COVID-19 also came to a halt in the panchayat on Friday. Since the panchayat’s own DCC is not yet functional, infected persons whose homes were flooded were being shifted to a first-line treatment centre at Kumbalangi.

In Thrissur, 83 people were shifted to relief camps after the coastal belt experienced heavy sea erosion. Relief camps have been opened at Eriyad, Edavilangu, and Sreenarayanapuram panchayats in Kodungallur taluk. Meanwhile, there are reports that people are reluctant to move to the camps for fear of contracting COVID-19. The authorities have started conducting antigen tests at the camps. People who have tested positive have been sent to first-line treatment centres.

People in Kannur and Kasaragod are on high alert following the weather advisories. Over 150 families residing at Thayyil in Kannur have been facing sea incursion and deluge during heavy rain in the area. Authorities have set up control rooms in four taluks in Kasaragod district in addition to a control room at the Collectorate.