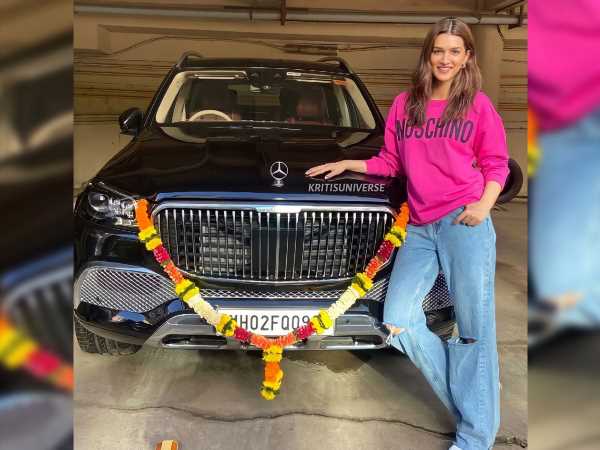 Currently Kriti Sanon is basking in the glory of her recently release movie Mimi.  The movie has not only proved to be a game-changer for Kriti Sanon but also took her to the top league of actresses in Hindi Film Industry today. The new Mercedes-Maybach GLS 600 luxury car is now an addition to her already envious collection of cars. Apparently the car is priced over Rs 2  Cr.

Kriti Sanon recently spotted at Maddock Films office in Mumbai as she posed happily for the shutterbugs standing next to her priced possession.

On the otherside, Kriti Sanon will be seen playing the female leads in Bachchan Pandey, Bhediya, Ganapath, Hum Do Hamaare Do and  a Pan Indian film Adipurush, which is being directed by Om Raut of Tanhaji fame. This is the first time, she will share the screen space with Baahubali star Prabhas.