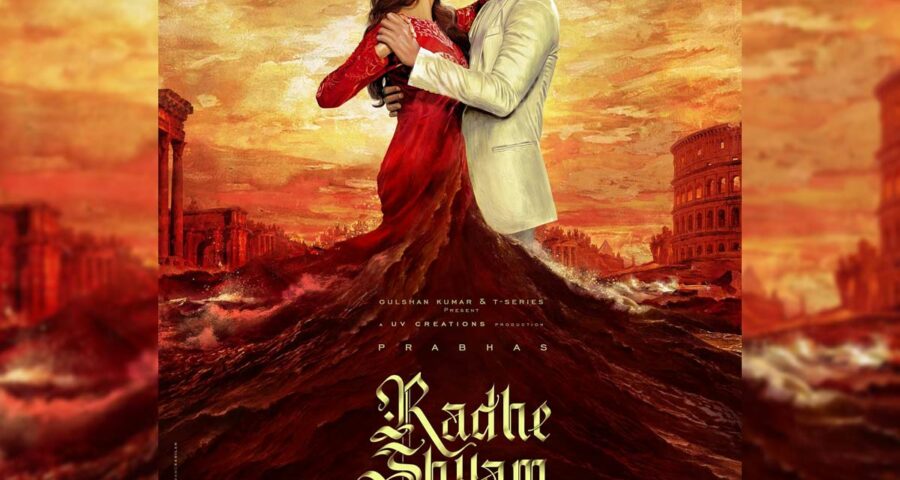 Radha Krishna Kumar’ directorial venture  Radhe Shyam starring Young Rebel Star Prabhas and Pooja Hegde  is one of the most-awaited films from Tollywood. The movie Radhe Shyam is on the verge of completion. The film will see Bhagyashree of Maine Pyaar Kiya fame return back to the silver screen and make her debut in Telugu film Industry.  After a long gap, Prabhas will be seen playing the role of a lover boy in this periodic and romantic drama.

The sources close to the makers revealed that Radhe Shyam is an out and out  romantic love drama.  The movie will feature only one action block and that too in the climax episode. The romantic scene between Prabhas and Pooja Hegde are said to be the highlights of Radeh Shyam, which is being bankrolled by UV Creations.

Apart from the romantic sequences,  Radhe Shyam has melodious songs which are shot in picturesque locales. Shooting for  Prabhas and Pooja Hegde starrer  is in progress after lockdown was lifted in Telangana State.

On the otherside, Prabhas also has number of projects after Radhe Shyam. He is also the part of Salaar  and  Adipurush. He will also be seen in a Sci-Fi drama under the direction of Nag Ashwin.