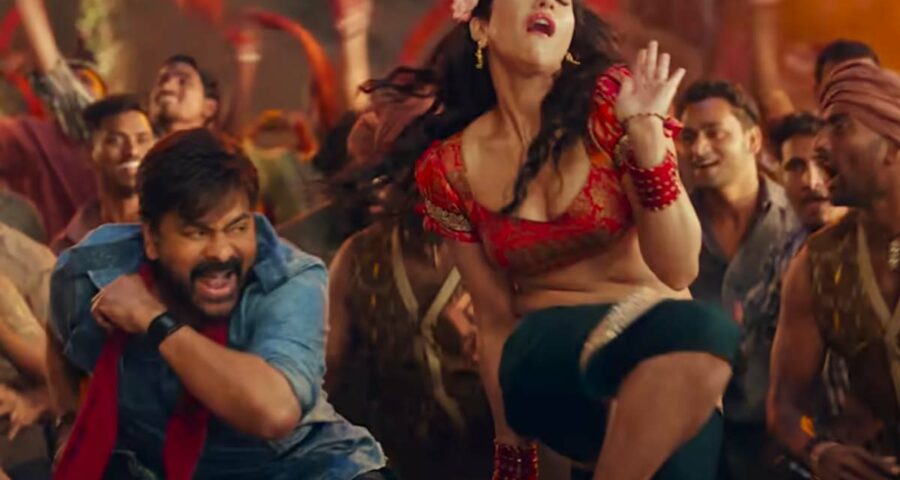 Acharya is an upcoming Telugu social drama film which is  written and directed by Koratala Siva, and is  produced by Matinee Entertainment and Konidela Production Company.  The movie has Chiranjeevi, Ram Charan, Kajal Aggarwal, and Pooja Hegde in the lead roles. Today as the part of the promotional activities, the makers of Acharya released the song promo of Saana Kastam, in which Chiranjeevi  is seen shaking a leg with Regina  Cassandra.

Chiranjeevi danced to the peppy number with ease and grace. It is crooned by Revanth and  Geetha Madhuri.  The  promo  gives the glimpse of Regina Cassandra, who is all dolled up to allure the viewers with her dance moves.  The actress  attire has upped the glamor quotient. The full song will be out tomorrow at 04:05 PM.