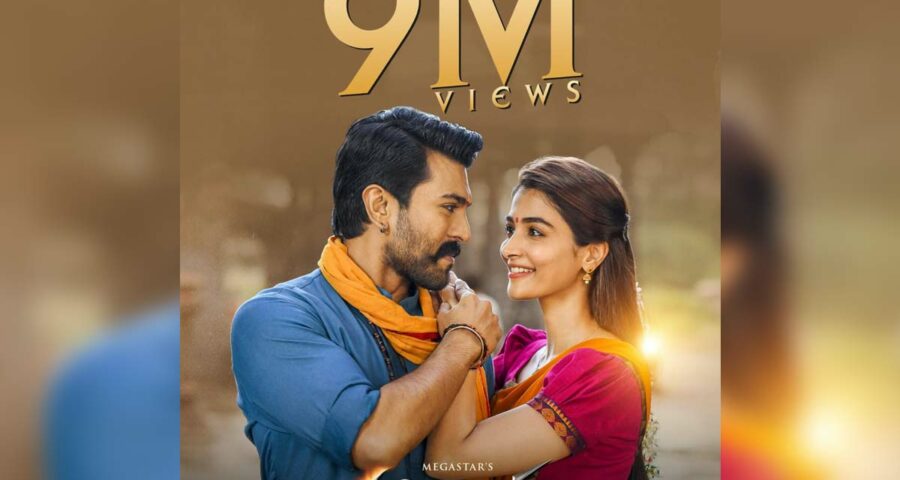 Chiranjeevi, Kajal Aggarwal, Pooja Hegde and mega power Star Ram Charan starrer Acharya is one the much awaited movie, which is directed by Koratala Shiva .The promotions of the film Acharya is attracting everyone casting a magic spell. Already the film’s first song, first look and also second song drove the music lovers crazy.

The Neelambari song from Acharya featuring Ram Charan and Pooja Hegde released during Diwali is delighting everyone. According to the latest report, Neelambari song has hit 9 million + views  and unlimited love on Youtube by the music lovers. The makers of Acharya confirmed the same by sharing a  new poster on  the official Twitter handle.

Acharya has the music by Mani Sharma. the lyrics of Neelambari song are penned by Ananth Sriram, and  V Venkateswarlu is the music coordinator. The song is winning hearts as Ram Charan’s graceful dance moves are the main highlights. Neelambari song also highlighted the hard work and efforts put on by the makers.

Acharya also has Sonu Sood, Jisshu Sen Gupta, Posani Krishna Murali, Tanikella Bharani and Ajay in important roles. The film is  produced by Matinee Entertainment and Konidela Production Company  and is  slated for a grand release on 4th February 2022.