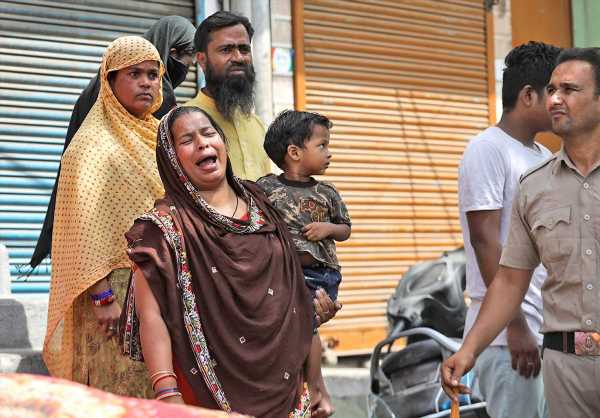 To equate the Hindu propensity not to persecute non-Hindus is a sign of mature self-confidence, not weakness as the rabid insist, asserts T C A Srinivasa Raghavan.

A remark that a well-known political consultant made recently has intrigued me greatly.

He said if only 50 per cent of Hindus vote for the BJP, it means that the other 50 per cent don’t like its ‘Hindus first’ policies.

That’s not quite right. Indeed it’s quite wrong. Hence this article, which will annoy many people, including some very good friends.

It is about a phenomenon that economists have recognised for a long time.

But it has been largely ignored by sociologists and political scientists in their studies of group behaviour.

This phenomenon is called the free-rider problem. The political consultant doesn’t seem to be aware of it despite its global prevalence.

Economists have a very specific intent when they talk about the free-rider problem.

They ascribe it to what they call ‘market failure’.

One of the results of such failure is people consume something, or benefit from something, without paying for it.

Nor can they be stopped. This is called free riding because of the practice of non-exclusion.

Such non-exclusionary goods — like Hindutva is for Hindus — are those things whose supply does not diminish if one more person consumes it.

Also, the marginal cost of producing an extra unit is zero. There is very little awareness of this in India, both economically and socially.

But this article is not about the economic side of the free-rider problem.

It’s about the social and political side of it.

Specifically, it is about the supply of political Hinduism — or Hindutva — its consumption and beneficiaries.

Political free-riding happens everywhere because even though people don’t actively espouse a cause, they don’t disapprove of it enough either.

This is tacit and qualified approval.

I believe that this is exactly true of Hindutva in India.

The political consultant’s 50 per cent may not behave like the small minority of bhakts who go around talking rabid nonsense about our Muslims.

But this silent majority does take a free ride on the Hindutva bus.

It’s irrelevant that it might not be taken willingly.

Nor is it relevant that they find it unpleasant.

The problem is not that the Left liberal Hindus oppose Hindutva. That’s their right.

It’s reprehensible to say they should have second class status. There are 200 million of them.

But here I am talking about Hindus qua Hindus and within that, about the subset that can’t be excluded from whatever benefits Hindutva brings, if any.

There is no evidence so far that it will bring any except votes to the BJP in the Hindi states.

So let me emphasise this. I am not saying Hindutva will necessarily be beneficial in some, or several, ways.

I am saying that there will always be those who will be able to enjoy whatever benefits it brings although they have opposed the ideology tooth and nail. That’s the free-rider problem in politics which the Left liberals typify.

This, by the way, was exactly what happened with the Congress brand of socialism after 1972.

Its distributive benefits were enjoyed by even those who had opposed it because they could not be excluded.

It’s costless opposition. Non-excludablity, as it’s called in economics, is key to understanding my point.

It is legitimate to ask: What benefits can Hindutva possibly bring? The answer lies in the RSS’s diagnosis of the Hindu social structure.

One of the major objectives of Hindutva is to make people think of themselves as belonging to Hinduism and its culture first, rather than to one of its many castes. That is, to end political and social divisions based on birth.

I seek the indulgence of the Left liberals when I say that this is exactly what being ‘woke’ is all about.

One of the things, at least. You can’t seriously object to it.

What you can object to is to the methods being employed to achieve this objective.

There’s absolutely no need to go after all things Islamic or Muslim.

To equate the Hindu propensity not to persecute non-Hindus is a sign of mature self-confidence, not weakness as the rabid insist.

That said it’s also important to ask if the Left liberal objection is only to the means being used, or is it also to the ends which is to replace caste identities with a religious one.