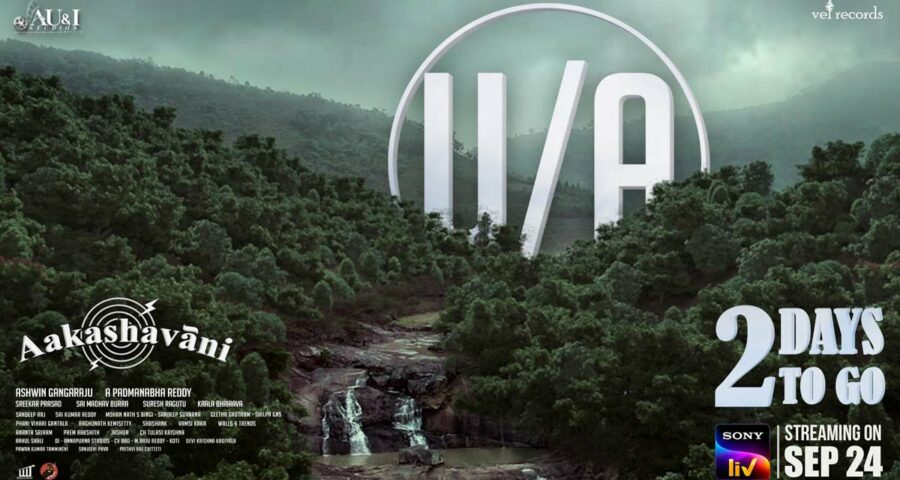 The upcoming film Aakasavani is carrying a lot of buzz among the movie lovers.  According to the latest report, the movie has completed the censor formalities and received ‘U/A’ certificate for this film which is a rustic rural drama.  The movie which has newcomers showcases the fight of tribals against the ruthless landlord. A radio transistor is playing a key role in it.  The movie Aakasavani will be released directly on Sony Liv on 24th September.

Helmed  by Ashwin Gangaraju, bankrolled by Padmanabha Reddy under his AU  in association with  I Studios banner, national award winner Samuthirakani is playing the main role in this movie whereas Teja Kakumanu, Vinay Varma, Prasanth and others are playing the supporting roles.

Kaala Bhairava is rendering the tune while Sai Madhav Burra is penning the dialogues. Sreekar Prasad is the editor of the film while cinematography is handled by Suresh Ragutu.

Few days ago, Young Rebel Star Prabhas released the trailer and wished the makers all the best ahead of the release. The trailer highlighted how tribals are oppressed in the name of superstitions. The BGM and cinematography elevated the scenes in the movie and increased the  expectations.  The major part of the movie  Aakashavaani  is mostly shot in the hill belt of Paderu in Visakhapatnam.