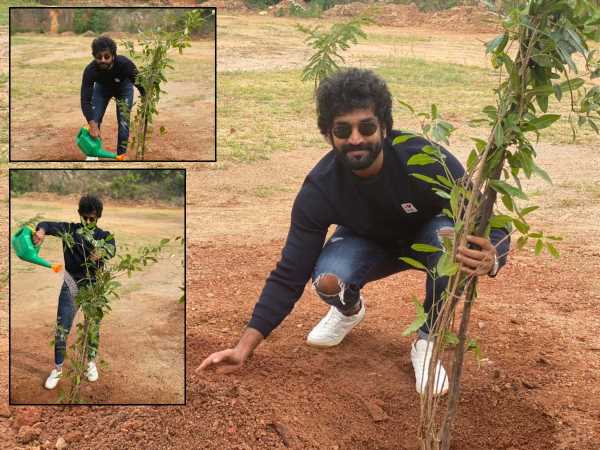 Samantha, Vijay Sethupathi, Prabhas, Anupama Parameswaran, Devi Sri Prasad, Lakshmi Manchu, Raashi Khanna, Rashmika Mandanna have already took part in the Green India Challenge. And now it was the turn of Telugu actor Aadhi Pinishetty. Aadhi also accepted the Green India Challenge and planted the saplings.  He was seen making the environment green. In a post on social media it is mentioned that the actor was nominated for the challenge by actor Shatru , works predominantly in Telugu, Tamil and Kannada cinema.

Aadhi planted 3 saplings and he nominated Akanksha Singh, Nikki Galrani and Mithun Chakraborty.   He urged them to continue the chain. All the actors are yet to take the challenge.

On the work front Aadhi Pinisetty will be next seen playing the important role in the young and energetic actor Ram Pothineni in the upcoming untitled film, which is being directed by Lingusamy.