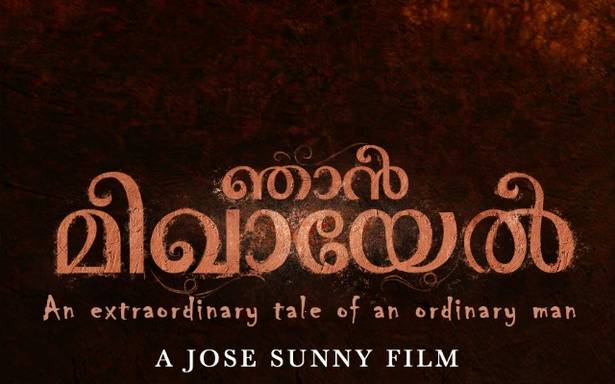 To be released on the Cheer Up the Lonely Day

When the State was under triple lockdown earlier this year, a song was being born; remotely and across two different time zones.

Now as the State is being unlocked, the song from the film Njan Mikhael, shot fully in Australia, will be released by actor Aparna Murali and singer Haricharan, who sung the song, over their Facebook pages on Sunday, which, incidentally, is observed as the Cheer Up the Lonely Day.

While the film was shot in ten days, the composition of the just over five-minute-long score took over three weeks of creative back-and-forths over Skype and social media platforms. It took place at odd times as the director was located in Australia and the composer Mejo Joseph and lyricist Shobin Kannangattu in India.

“I wanted the song to be structured with a start, mid, and climax of its own while seamlessly falling in sync with the overall narrative. Notwithstanding the difference in time zones I was available any time for creative discussions even at the cost of my sleeping hours,” said Mr. Sunny, who heads the science department of St. John’s College at Dubbo a quaint city at the Orange Region of New South Wales, Australia.

Mr. Joseph was given the edited visuals on which the song was to be composed, which he said happened very rarely but was a huge blessing in capturing the exact emotions. “It was a challenging composition as the mood and tempo had to keep changing through the song,” he said.

Remote working meant that Mr. Joseph never saw the singer who sang it from Chennai and the musicians who played the instruments. “It was a strange but enriching experience and felt like a new window for creativity was being opened,” said Mr. Joseph.

Penning lyrics based on visuals was the first such experience for the five-film-old Mr.Kannakattu who found the detailing by the director equally helpful. “I could have penned it to the metre of the composition at one go but deliberately wrote it over multiple days to ensure that every word chosen carried the exact emotional weight,” he said.

Mr. Sunny recollected how he and the lyricist discussed for days over the choice of a word.

Njan Mikhael produced by Anish K. Sebastian will have a theatrical released in Australia in August and then over the OTT platforms.