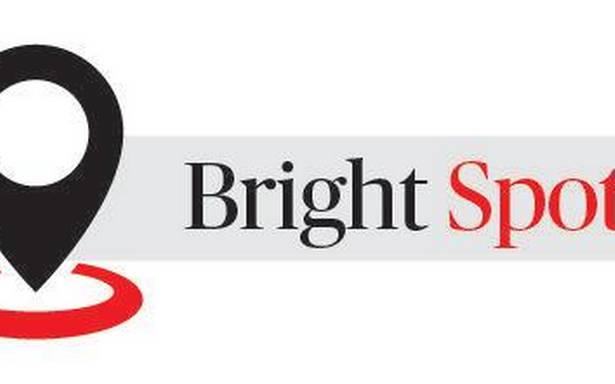 In four years, Joe Prakash, 63, has collected 35 varieties of banana

They also serve who preserve. J. Joe Prakash, a retired headmaster, chose to more than ensure that his students’ future was preserved. He took his passion for banana crops a step further; he went in search of banana variants that were presumed to be extinct, or at least had disappeared.

“I began my search for rare bananas four years ago when my grand-daughter Adna Johannes was born. Since then, I have succeeded in collecting 35 varieties,” Joe Prakash, 63, told The Hindu.

A writer, who also considers himself a naturalist, he has been reproducing and distributing these rare varieties to those who are interested in growing them. His garden is 10 km away from his residence at Senamvilai in Kanniyakumari district; he spends his evenings in the garden tending to the banana crops. “My objective is to save these plants from becoming extinct. I collected mostly from friends and people who have similar interests,” said Mr. Prakash, who has planted them in his 35- cent garden at Mullankinavilai. “I have succeeded in reproducing them and distributing them to those who are interested in it.” It is a labour of love for him, so he does not charge anything for the plants, and spends his own money to take care of them.

In 1965, Jacob Kurien, a Kerala researcher, had recorded 165 varieties of bananas in Travancore in a study that had covered the areas from Kanniyakumari to Kollam. But even farmers in the district think that there is only one type of ‘Matti’, a small banana with a fine aroma, unique to Kanniyakumari district. Mr. Prakash was able to collect four varieties of ‘Matti’, including a rare ‘Semmatti’ (red-coloured Matti), ‘Then Matti’ (honey Matti) and ‘Malai Matti’ (Hill Matti).

The benefits of ‘Semmatti’ have been highlighted by J. Lohidas, Associate Professor, Department of Botany, Scott Christian College, who had studied the banana varieties for his doctoral thesis.

“I found that ‘Semmatti’ is low in sugar and high in ascorbic acid content,” he said, explaining that most of the varieties became extinct because farmers had opted only for commercially viable crops.

In Mr. Prakash’s garden stand a few varieties of ‘Nenthiram’; ‘Othaikomban’, which will bear only one bunch; four varieties of ‘Peyan’ (‘naatu pazham’); ‘Karumthuzhuvan’ (‘black rasthali’); ‘Moongil Vazhai’ (bamboo banana) with an erect flower; ‘Poongathali’; ‘Neikathalai’ (Royal banana meant for the Travancore kings); and ‘Poojakathali’ (used in temple pujas). “I am still searching for ‘Anaikomban’, which will bear just one fruit,” said Mr. Prakash, an English literature student, who had a brief stint as a journalist. He has also written a few books. As a person who travels widely, Mr. Prakash has also introduced a few varieties of banana from the Philippines, Singapore and Malaysia.