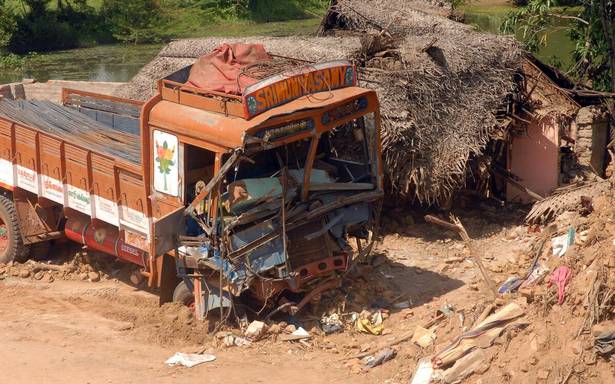 Eight people were killed and two others seriously injured when a truck rammed into a hut in which they were sleeping in a village in Gujarat’s Amreli district on Monday, police said.

The deceased included two children aged 8 and 13 and two elderly persons, the police said, adding two other children were seriously injured in the accident that took place around 2.30 am in Badhada village under Savarkundla rural police limits.

Dozing off at the wheel, a growing concern

The driver of the truck, which was modified to include a crane, lost control after dozing off while driving and ploughed into the roadside hut in which 10 people were sleeping, said Amreli Superintendent of Police Nirlipt Rai.

The truck was going from Rajkot to Jafrabad in Amreli district when the accident took place, he said.

The two injured children, aged 3 and 7, were rushed to Amreli civil hospital for treatment.

The bodies were sent for postmortem, the official said.