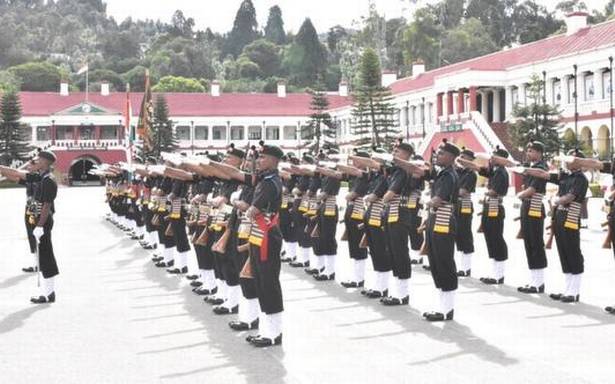 They have completed basic and advanced military training

The parade was held on the drill ground of Shrinagesh Barracks for the recruits who have completed year-long basic and advanced military training, a press release said.

Brigadier Rajeshwar Singh, Commandant of the MRC, reviewed the parade, which was held with appropriate COVID-19 safety protocols.

He awarded medals to recruits for their performance as part of the event.

In his address, Brigadier Singh congratulated the recruits and commended the efforts of the instructors and staff members at the MRC, who trained the recruits for the Indian Army amid the COVID-19 pandemic.

He also congratulated the parents of the recruits, who were not present in the audience to witness the parade due to the pandemic-induced restrictions, according to the release.