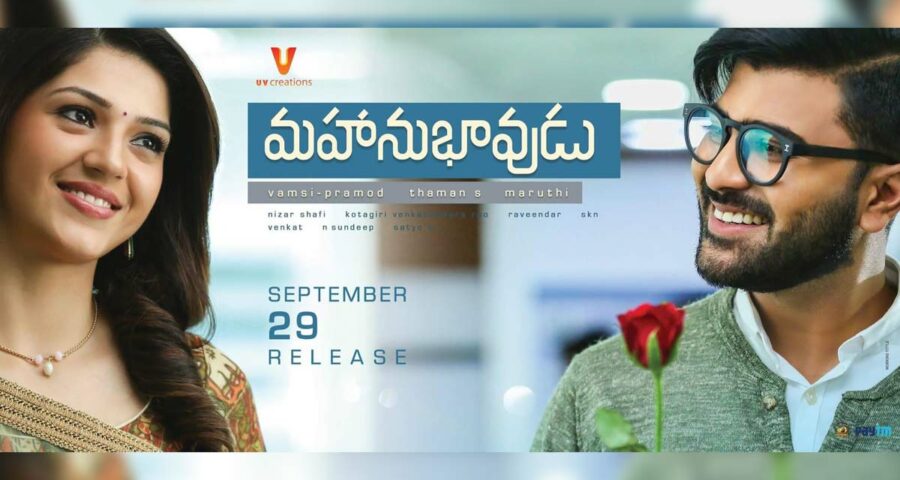 The romantic and comedy drama Mahanubhavudu clocks four years of its release on the silver screen. The film Mahanubhavudu  starring Sharwanand was helmed by Maruthi and backed by UV Creations. The romantic comedy entertainer had  Mehreen Kaur Pirzada in the lead.  The movie loveres are trending #4YearsForMahanubhavudu on Twitter.

The film Mahanubhavudu proved to be a box office success and the fans gave the film a thundering response. The fans and film audiences loved the chemistry between the lead actors Sharwanand and Mehreen Pirzada. In the comedy drama Sharwanand played a role that is obsessed with cleanliness.

Maruthi’ directorial venture revolves around a young man Anand, who suffers from obsessive compulsive personality disorder and is very particular about cleanliness and neatness, he  falls in love with Meghana, and he faces a dilemma after his fixation comes in the way of having a normal relationship. How Anand (Sharwanand) overcomes his obsession for cleanliness and wins back her heart forms the crux of the story.  This was the first time, Sharwa shared the screen space with Mehreen Kaur Pirzada.

The movie Mahanubhavudu was remade in Odia in 2019 as Ajab Sanju Ra Gajab Love starring Babushan.

On the otherside, Sharwanand will be seen in Maha Samduram and Mehreen is working with Anil Ravipudi for hilarious movie F3.