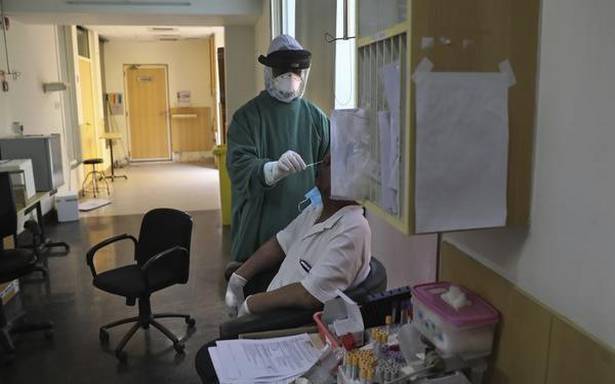 Hospital officials said the doctors were showing only mild symptoms since they had taken the vaccine shots.

Thirty-seven doctors of Sir Ganga Ram Hospital, a private hospital in the city, have tested positive for COVID-19 in the last 10 to 12 days, despite most of them taking two shots of the vaccine, said hospital officials.

According to experts, the COVID-19 vaccine prevents the illness from becoming a severe case and not the infection per se.

“All of them have mild symptoms and five of them are admitted at the hospital, while others are under home isolation. All of them are stable,” the official said.