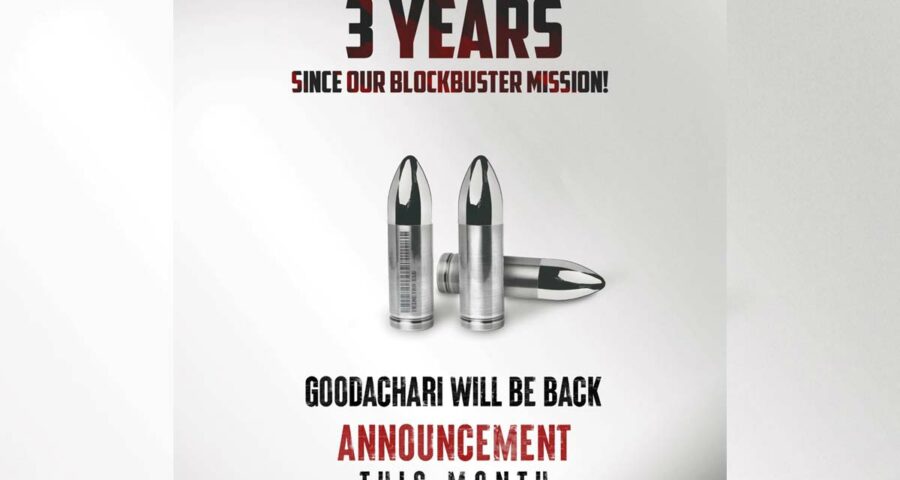 It’s been exactly three  years since the action thriller Goodachari was released across the theatres. Actor Adivi Sesh expressed his love for the film in his recent Twitter post where he left a heartfelt note to the audiences and entire team, “It’s #3YearsforGoodachari today :My most loved film. It is especially The film children love the most. Since August has always been a lucky month for me, a huge update of the next mission later this month! #G2, Announcement coming soon!”

In the month of January, this year,  the makers confirmed about Goodachari 2, which  is a Telugu spy movie featuring Adivi Sesh in the lead roles. The action movie is directed by Rahul Pakala. Goodachari 2 is the sequel to Adivi Sesh starrer Goodachari, which  was regarded as a sleeper hit and was liked by the movie lovers.  According to Adivi Sesh, very he is coming up with an official update about Goodachari 2.

The action thriller Goodachari will be remembered for the sizzling chemistry between Adivi Sesh and Sobhita Dhulipala. The movie also  stars Prakash Raj, Madhu Shalini, Jagapati Babu and others in  the crucial roles.  The movie is directed by Sashi Kiran Tikka.

Currently Adivi Sesh is working for his upcoming movie Major which also has Sobhita Dhulipala  in the important role.