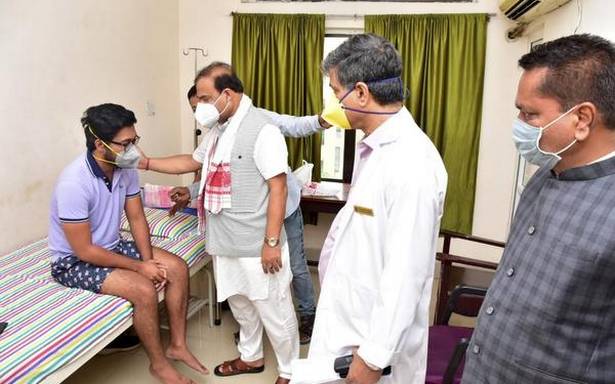 The Assam police has submitted a charge-sheet naming 36 persons, including three children, for assaulting a doctor on June 1.

A mob had assaulted Seuj Kumar Senapati, a doctor at the Udali Covid Care Centre in central Assam’s Hojai district, after a patient died of COVID-19. The injured doctor had required surgery following the attack.

“The Hojai police submitted the charge-sheet today (June 29) against the 36 accused, three of whom were children,” Special Director-General of Police G.P. Singh said, congratulating the district’s Superintendent of Police Barun Purkayastha and investigation officer Rosy Talukdar for a thorough job.

The incident had come to light after a video released on social media showed several men and a few women kicking and hitting the doctor on the head with medical equipment.

The other health workers, including a woman, were also injured in the attack.

“The relatives told me the patient was serious but when I examined his health condition, I found him to be already dead. Soon, they started vandalising the hospital furniture and attacking me,” Dr Senapati had said.