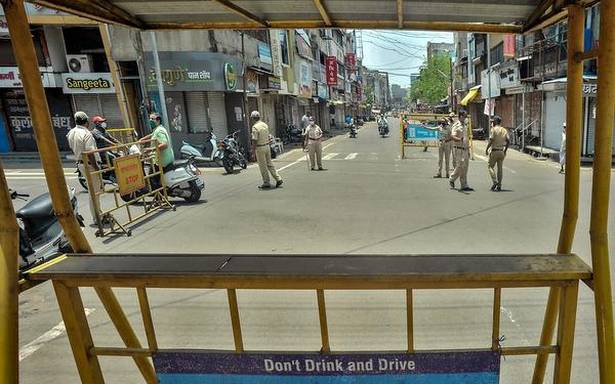 Based on a complaint lodged by health officials, the Ghatanji police have registered an FIR against the 20 patients under relevant sections, local health officer Dr. Sanjay Puram said

Based on a complaint lodged by health officials, the Ghatanji police have registered an FIR against the 20 patients under relevant sections, he said.

Dr. Puram said a COVID-19 testing camp was organised on April 23 at Amdi village in the district.

Later, 19 village residents who tested positive for the disease were admitted to the COVID-19 care centre at Ghatanji.

All those 19 patients and another person lodged at the facility escaped around 8 a.m. on April 24, he said.

Dr. Puram said he had lodged a police complaint, seeking action against the patients.

Efforts were on to trace them, he added.

“If this behaviour continues, the cases of viral infection will rise in the district. Instructions have been given to take criminal action against the patients who escaped,” he said.

A committee will be set up to conduct a probe into the incident and action will be taken against those found guilty, the Collector said.

The district has so far reported 1,073 deaths due to the viral infection.

As of now, there are 5,972 active COVID-19 cases in the district, as per official data.