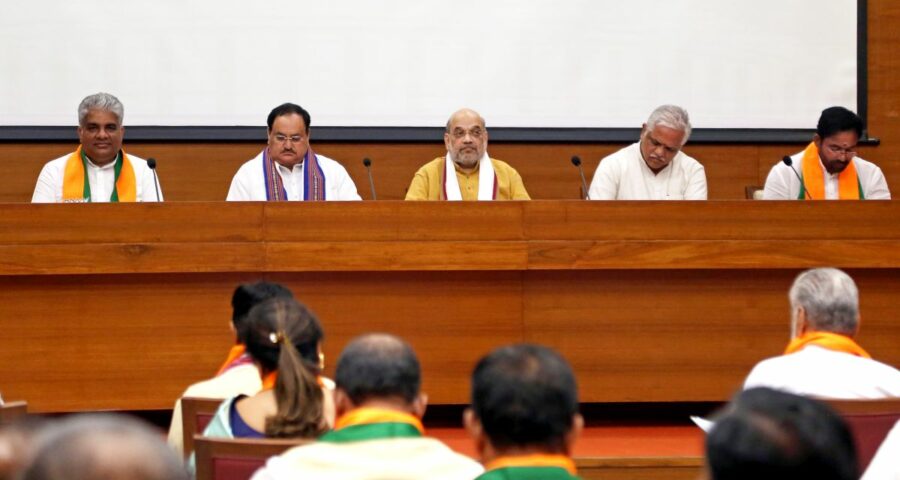 According to BJP insiders, every Union minister has been given 3-4 seats to mentor and has been told to work hard on these constituencies in the next 20 months to ensure the party’s victory. Amit Anilchandra Shah has handed a difficult task to the Bharatiya Janata Party leadership to ensure the party wins the 144 Lok Sabha seats which it lost in the 2019 general election.

According to BJP insiders, every Union minister has been given 3-4 seats to mentor and has been told to work hard on these constituencies in the next 20 months to ensure the party’s victory.

The BJP on its own had won 303 seats in 2019, but the going may not be as easy in 2024 after Bihar Chief Minister Nitish Kumar dumped the National Democratic Alliance to join hands with the Rashtriya Janata Dal and is making strenuous efforts to bring together the anti-BJP opposition.

With Nitish-RJD together the NDA is unlikely to bag all 40 seats in Bihar while in West Bengal Mamata Banerjee will make the NDA fight every inch in the state’s 42 parliamentary seats.

Hemant Shivsaran finds out which are the 144 seats that the BJP is laser-focused on winning in 2024.

In 2019 the BJP’s worst performance was in Andhra Pradesh where it came 5th in nine parliamentary seats and sixth in 11 seats.

The Congress performed better in Andhra than the BJP did in 25 Lok Sabha seats from the state.

The same was the case in Telangana which has 17 Lok Sabha seats. Here the BJP came in third in nine seats.

The only exception was Hyderabad where it came seccong, losing to Asaduddin Owaisi of the All India Majlis-e-Ittehadul Muslimeen.

The same was the case with UP where it lost 16 seats to the then Samajwadi-Bahujan Samajwadi Party alliance.