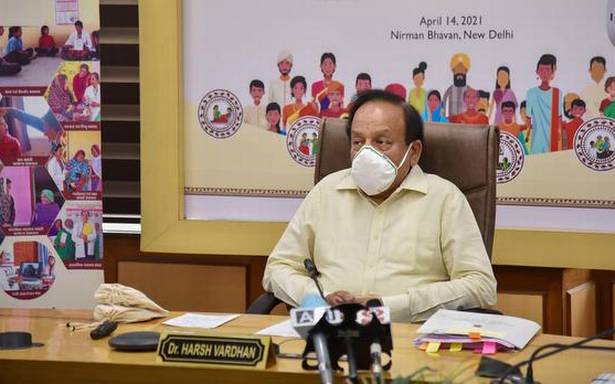 As many as 116 districts in India reported zero malaria cases in 2020 and the country has been able to achieve remarkable success in reducing the disease burden in terms of cases by 84.5% and deaths by 83.6%, Union Health Minister Harsh Vardhan said on Friday.

He also said that the country’s achievement in this regard has been well recognised by World Malaria Reports of 2018, 2019 and 2020.

The minister said the World Health Organisation (WHO) has attributed India’s success to rejuvenated political commitment, strengthened technical leadership which focused on prioritising the right mix of vector control measures, and increased domestic funding to support the effective implementation of elimination strategies.

Mr Vardhan, who chaired the ‘Reaching Zero’ forum on malaria elimination through video conferencing, said April 25 is observed as World Malaria Day every year, the health ministry said in a statement, adding that this year’s theme is “Reaching the Zero Malaria target".

The health minister also congratulated the forum for choosing the particular theme for this year’s celebrations, saying it was particularly important in the context of India as the country is working to eliminate malaria nationally and contribute to improved health, quality of life and alleviation of poverty.

The World Malaria Day provides inspiration to the global community and all affected countries that are working to root out this deadly disease and improve the health and livelihood of their people, he said.

Speaking on the government’s relentless efforts to eliminate the disease from India, Mr Vardhan observed, "Prime Minister Narendra Modi has been among the 18 global leaders who endorsed the Malaria Elimination Roadmap of Asia Pacific Leaders Malaria Alliance at the East Asia Summit held in Malaysia in 2015. It was then that the alliance leadership set the goal of ensuring that the region becomes free of malaria by 2030.” He also detailed the gains made in this direction under the leadership of the prime minister.

"The country has been able to achieve remarkable success in reducing the malaria burden in terms of cases by 84.5 per cent and deaths by 83.6 per cent which has been well recognised by World Malaria Reports of 2018, 2019, and 2020.

“WHO has attributed India’s success to rejuvenated political commitment, strengthened technical leadership which focused on prioritizing the right mix of vector control measures and increased domestic funding to support the effective implementation of elimination strategies,” he was quoted as saying in the statement.

The Union minister expressed his elation at the fact that in 2020, as many as 116 districts in the country reported zero malaria cases.

He also noted that health workers achieved a monumental feat during the coronavirus pandemic.

Despite major public health challenges posed by the pandemic, Mr Vardhan said various good practices have been observed in healthcare delivery, such as an integrated approach to maintain non-COVID essential services and ensuring the continuation of effective delivery of anti-malaria interventions.

"It is heartening to note that the availability of all drugs and diagnostic kits at all levels was ensured. The ‘Malaria Mukt Abhiyan’ in the Bastar region of Chhattisgarh was successfully carried out wherein 3.78 million people were screened for malaria. Besides 25.2 million long-lasting insecticidal nets were distributed to the community in high malaria endemic areas," he said.

The health minister ended his address by expressing hope that State governments will give further momentum to ensure that the gains in this regard are sustained despite the pandemic challenges, and the march towards malaria elimination does not slow down.

“With active community participation and sound inter-sectoral coordination, India will be able to achieve its malaria elimination target by 2030,” he added.