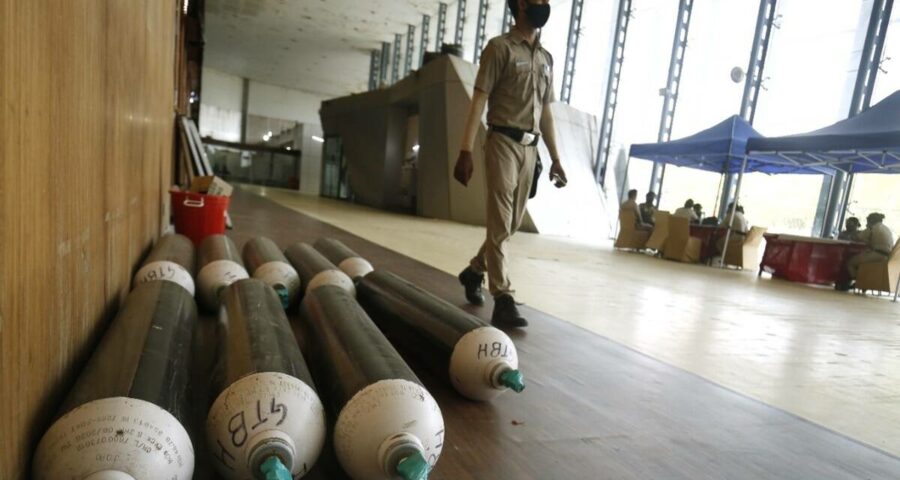 The division bench of Justices Vipin Sanghi and Rekha Palli observed that IIT-Delhi has predicted that the ongoing wave of Covid-19 was going to hit its peak by May 15. 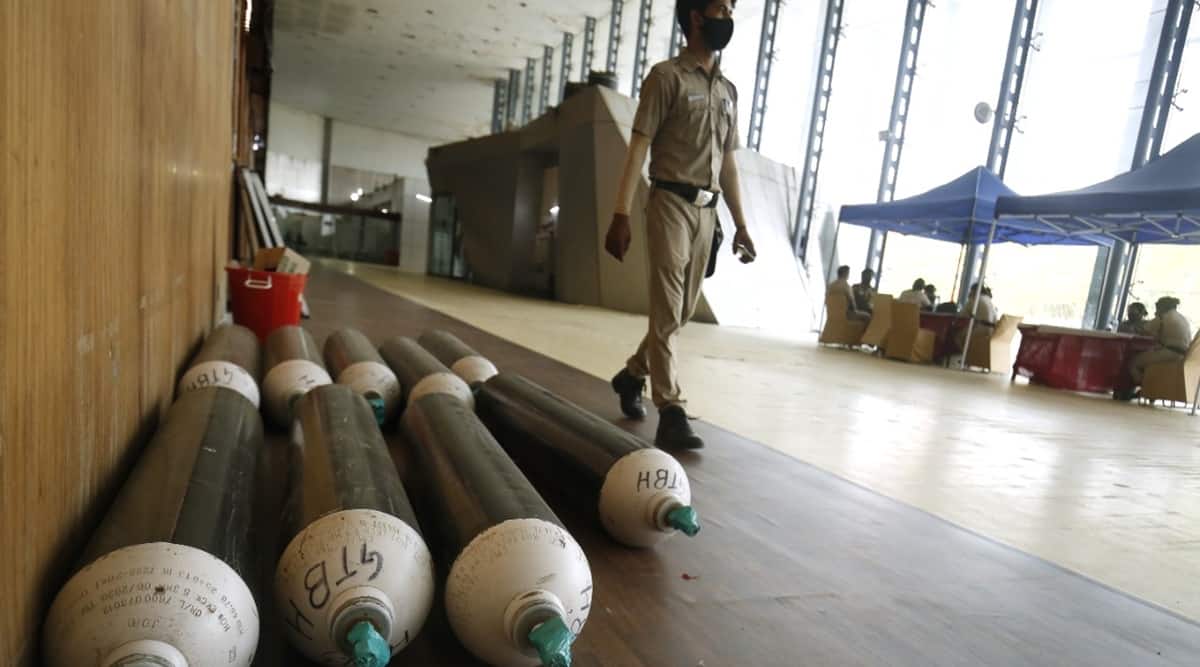 Seeking a plan from the Delhi government on how it will deal with the peak of the present Covid-19 wave, the Delhi High Court Saturday stressed on the augmentation of resources and reducing the mortality rate in the country. The court also said it was not going to spare anyone who obstructs oxygen supply to Delhi from other states, and questioned the Centre for claiming it has ensured that nobody remains without oxygen.

The division bench of Justices Vipin Sanghi and Rekha Palli observed that IIT-Delhi has predicted that the ongoing wave of Covid-19 was going to hit its peak by May 15. “How are we looking at that situation today? How are we trying to build up capacity? Today we do not have capacity, be it hospitals, beds, doctors, nursing staff, oxygen, medicine and ventilators. How are we preparing as on date to deal with the situation of mid-May? What are the projections? What are the peak numbers we are looking at,” the court said.

The bench also said it would have to be accepted that some people may not be able to fight the virus because of lack of sufficient immunity. “That is inevitable. What is not good and what we are really concerned with is that there are people to whom disease is hitting hard but who could be treated and could be saved. The problem comes when we are losing those persons,” said the court, adding that the country needs to ensure that those people who can fight it with some help “are saved and brought back from the claws of death”.

Solicitor General Tushar Mehta said the country would have to be ready for the worst and informed the court that tenders have been invited for importing 50,000 metric tonnes of oxygen from abroad.

However, Mehta also submitted before the court, “Fortunately so far, I am not saying this as a praise or something but as a matter of satisfaction as a citizen, so far we have ensured that nobody remains without oxygen where it is needed”. He was interjected by the court, which said, “but that is not… what is being pointed out is that 20 people died at the hospital…”

Mehta responded: “It needs to be examined whether it is because of lack of oxygen or some other reason. “But I take it as it is. There is a possibility. Let’s not go into it… every state including Delhi has to put their house in order.”

Senior Advocate Rahul Mehra, representing the Delhi government, on Saturday told the court that oxygen supply to the capital was reducing instead of any increase as suppliers are not supplied. “Because of the total chaotic situation which is prevailing and the absolutely disorderly functioning of transportation and suppliers, we have to now micromanage. If there is a demand of 10 MTs from the hospital, we are giving them 1 MT. How will hospitals function? The allocation of 480 MTs must translate into practicality. If we do not get this 480 now, there is some incident bound to happen any minute. We are going to lose a massive number of lives,” Mehra told the court.

Mehra also told the court that hospitals have informed the government that they have been told local officers are sitting inside the plants despite the court’s order. “What they are doing now is that they are not stopping it on the roads because that’s visible. They are only rationing it at the end where it has to come out of the factories. They do not allow the entire allocated amount to be diverted to Delhi,” he submitted before the court.

While seeking specific instances from the Delhi government, the court said that it will initiate proceedings right away when provided with the exact information. “This definite information will have to be placed before us. You place before us one instance, rest assured we are going to hang that man whoever is responsible. We are not going to spare anyone,” said the court.

Regarding the situation in hospitals, the court Saturday directed the Delhi Police to examine the requests of hospitals or nursing homes for security to prevent any untoward incident. “Let’s face reality. If admissions aren’t being made, we know how people react. We don’t want a law and order situation. If riots break out at hospitals, what will happen? There are deaths taking place,” it said.

The court was hearing a petition filed by Maharaja Agrasen Hospital Charitable Trust on Saturday morning regarding the issue of shortage of oxygen. During the hearing, Saroj Super Speciality Hospital, Batra Hospital and Medical Research Centre and Jaipur Golden Hospital also mentioned that they were running out of oxygen. The court directed the Delhi government Nodal Officer to take into account all the demands of the hospitals.