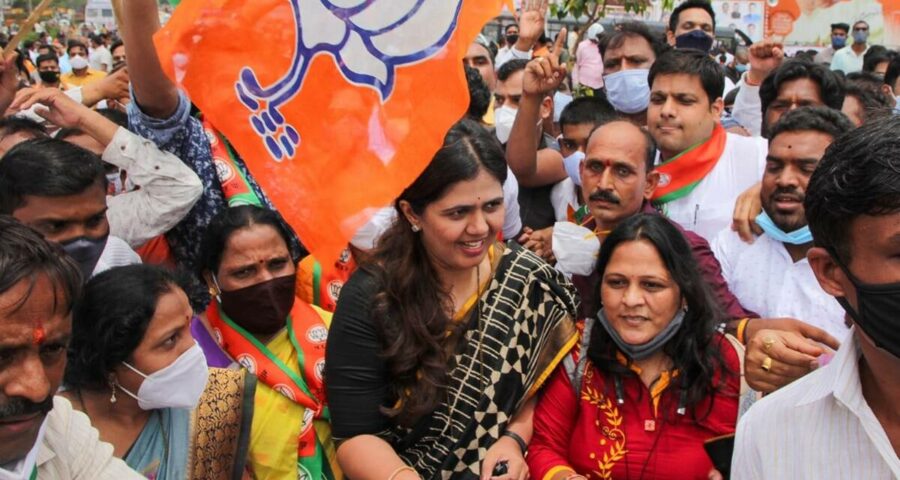 A resolution was passed at the convention for not allowing elections to be held in the state as well as urging the state government to file a review petition in the Supreme Court for restoring OBC reservation. ECHOING THE views of MVA Minister and Congress leader Vijay Wadettiwar, BJP leader Pankaja Munde, on Sunday said if OBC reservation is not restored, future elections in the state will not be allowed to be held. Wadettiwar had made the same remarks last week.

A resolution was passed at the convention for not allowing elections to be held in the state as well as urging the state government to file a review petition in the Supreme Court for restoring OBC reservation.

Maharashtra Pradesh Congress Committee (MPCC) chief Nana Patole, however, held BJP responsible for the Supreme Court’s order quashing the OBC’s political reservation. “BJP has committed injustice on Dhangar, Maratha and now OBC communities. The MVA government will however file a review petition in the Supreme Court for restoring the political reservation of OBCs,” he said.

Patole alleged that former CM Devendra Fadnavis was trying to mislead the people by promising reservation in four months if his party is given the reins of power in the state.

Wadettiwar also revealed that since he took up the OBC issue, he has been getting threat calls. “After I brought this fact to the light of the chief minister, my security has been stepped up.”

Wadettiwar, who had last week said OBC leader would not allow elections to be held, on Sunday reiterated that the government will not provide manpower to the Election Commission to hold the elections.

Wadettiwar claimed that he was denied Revenue Ministry and given Relief and Rehabilitation Ministry because he was from the OBC community. However, Patole said Wadettiwar made those remarks as he overcome by emotions. “We will ensure that no injustice is done to him…”

Meanwhile, state NCP chief Jayant Patil, reacting to Fadnavis’s statement, said, “The former CM’s statement that he would ensure OBC reservation if he is given the state’s rein is not a good sign of a people’s representative.”