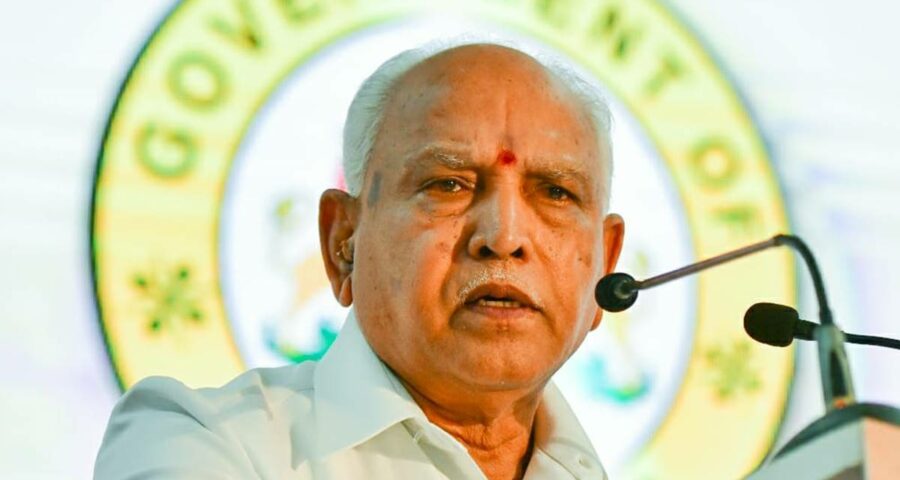 Will the BJP leadership go for another Lingayat leader to replace Yediyurappa? Or choose someone from Vokkaliga or Brahmin communities? Will the RSS have a say in the decision? Questions are aplenty. 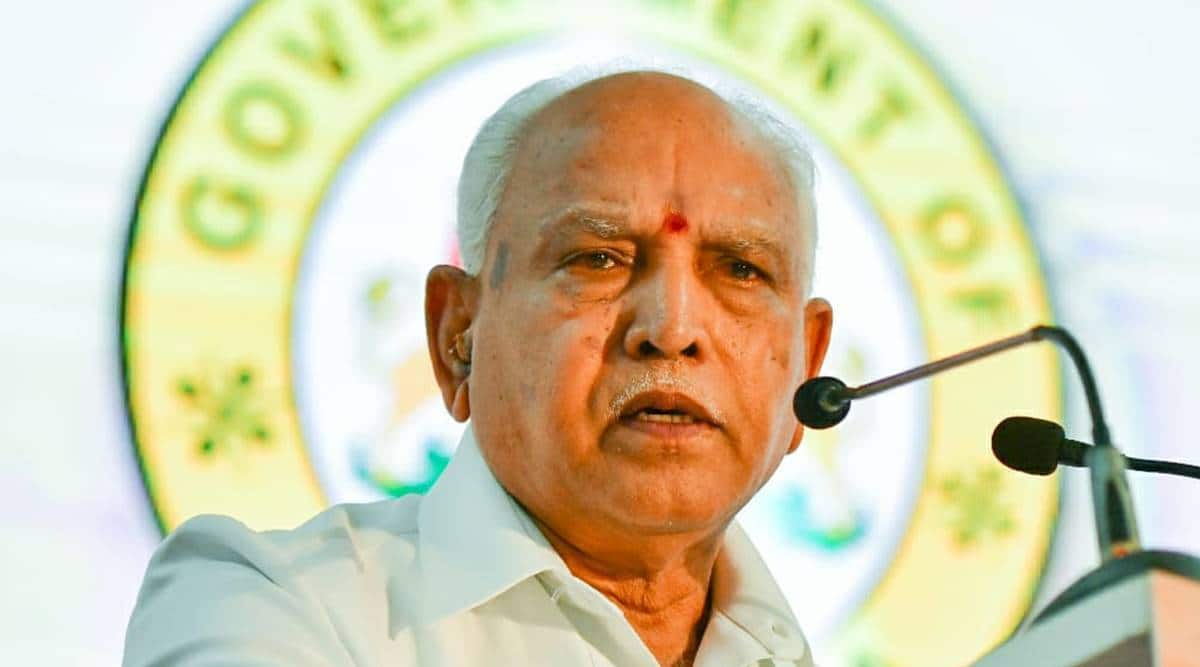 As BS Yediyurappa said that he would follow the BJP central leadership’s decision on whether or not to continue as Karnataka chief minister, many names are popping up as frontrunners to replace him. Several BJP leaders and sources that Indianexpress.com spoke to said that the decision rests solely on the central leadership even if Yediyurappa might have a say in it.

While it will be a big task for the party to replace Lingayat strongman Yediyurappa, the central leadership may not be averse to look beyond the community, the major vote bank for BJP in Karnataka. As of now, the frontrunners come from Lingayat, Vokkaliga and Brahmin communities. A run-through of some of the leading candidates: Murugesh Nirani (56), the minister for mines and geology in the state government, is a leading contender since he is from the Panchamshali sect, the largest in the Lingayat community. In fact, there has been a demand from this sect for the chief minister’s post for some time now.

The three-time MLA from Bilgi constituency in Bagalkot district runs sugar and ethanol factories in the north Karnataka region, visited by Union Home minister Amit Shah once. Someone who started his public life with RSS in 1990, Nirani’s proximity to Shah might tip the balance in his favour.

But if the leadership prefers a full-time politician over someone who is an industrialist too, then Nirani may not fit the bill. 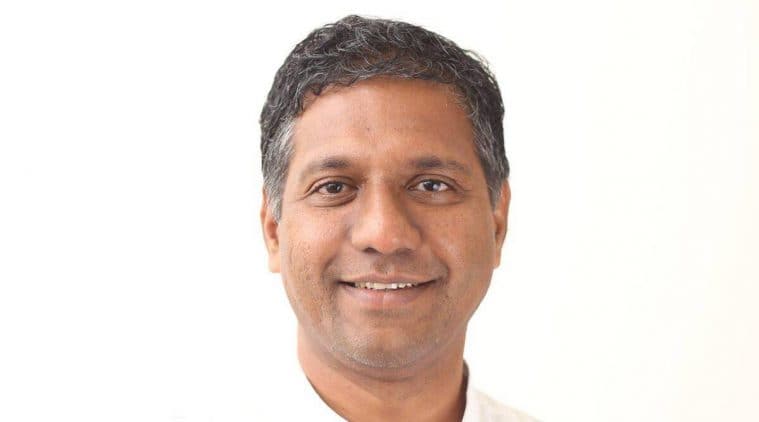 Arvind Bellad is a two-time MLA and young face from a political family. Son of veteran RSS and BJP leader Chandrakant Bellad, he has a solid academic background with an engineering degree from SDM College of Engineering in Dharwad and a PGDM in business management from INSEAD in France. He also comes from the Panchamasali Lingayat sect.

Bellad, 51, had alleged a few weeks ago that his phone was being tapped by the state government. A police inquiry was held but nothing came out of it. BJP sources say that he has a good relationship with RSS leaders and is very close to becoming the chief minister. But his lack of experience in governance might hamper his chances.

Basavaraj Bommai (61) is the home minister of Karnataka and a close aide of Yediyurappa. Bommai, also from the Lingayat community, is the son of former chief minister S R Bommai and was considered the most likely one to replace Yediyurappa a few months back.

Bommai is from the ‘Janata Parivar’ background since his father was a Janata Party leader. He started his political career with the Janata Dal and worked with senior leaders including HD Devegowda and Ramakrishna Hegde before joining the BJP in 2008. Ashwath Narayan (52) is the deputy chief minister of Karnataka and comes from the Vokkaliga community. A doctor by qualification, he is seen as a young and educated leader who maintains a good image in the political circle.

MLA from Malleshwaram Bengaluru since 2008, he was made deputy CM in the present cabinet reportedly after his successful involvement in the alleged poaching of MLAs from Congress and JD(S) to form the government. He comes from the dominant Vokkaliga region and has been the face of the community in the party. CT Ravi (54), also from the Vokkaliga community, served as a cabinet minister in the Yediyurappa government and became the national general secretary of the party. With a Sangh background, he is believed to be close to BJP’s national organisation secretary BL Santosh and other central leaders.

Ravi is a four-time MLA from Chikkmagaluru and a Hindutva hardliner. If BJP opts for a chief minister from the Vokkaliga community, Ravi may be favoured. 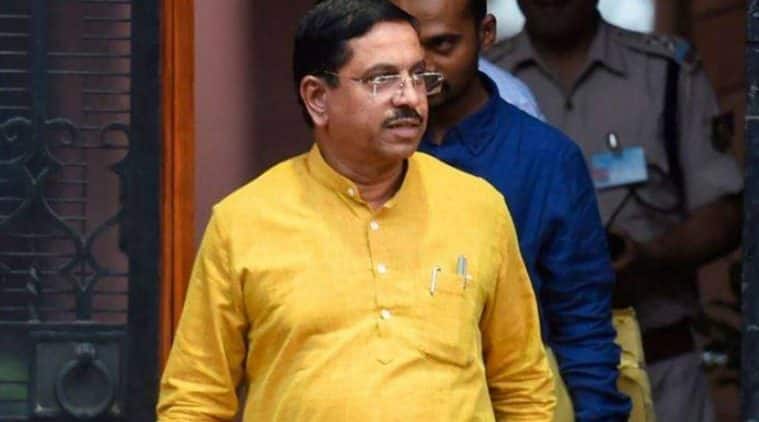 Pralhad Joshi (58), the four-time MP from Dharwad, is a Brahmin from north Karnataka. He is known to be close to Prime Minister Narendra Modi and other national leaders of BJP and the RSS.

Joshi led the BJP in Karnataka after Yediyurappa left the party and formed the Karnataka Janata Party (KJP) in 2013. Joshi is seen as an able administrator and hence he was retained in the central cabinet. But with Karnataka having not seen a Brahmin chief minister since 1988, his chances are slim. National general secretary of the party, BL Santhosh’s name is also doing rounds since he was earlier a full-time RSS volunteer from Karnataka. He was a powerful figure in charge of the party in Karnataka although he was often at odds with Yediyurappa.

A brahmin from Udupi, he studied engineering from Davanagere and joined the RSS as a full-timer at a young age. For many years, he was posted in Shimoga, the hometown of Yediyurappa. When he was in Karnataka with organisational responsibilities, he took major decisions but always maintained a low profile. If the RSS interferes in the selection of the next chief minister, then Santhosh stands a chance.