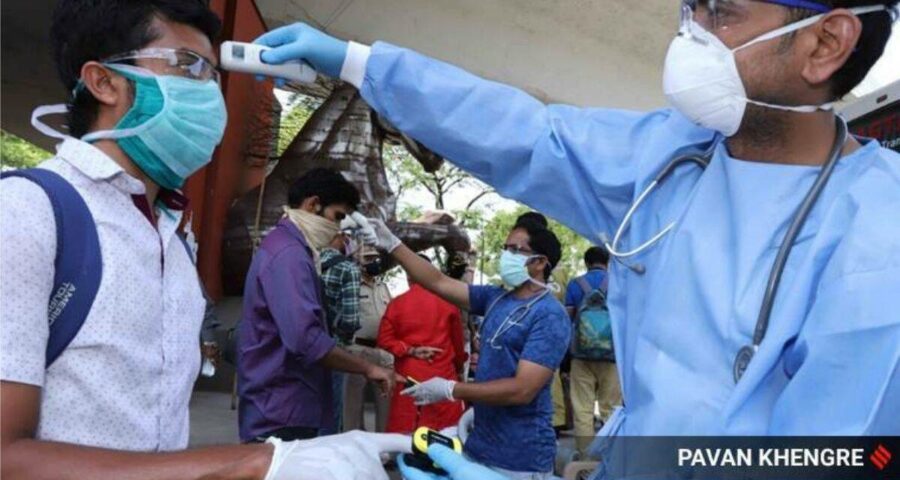 There has been a small decline in the weekly positivity rate of Covid-19 cases in Pune district, according to a new report by the state Health Department. In the week of September 8 to 14, the Covid positivity rate was 5.82%, compared to the previous week when it was 6.33%. Pune district, however, still accounted for 22 per cent of the total number of cases in the state in the last 10 days, while Ahmednagar and Mumbai accounted for 20 and 11 per cent each respectively.

Currently, there are 49,880 active cases of Covid-19 infection in Maharashtra. A total of 7,620 patients are critical, of which 3,026 require intensive care.

Dr Bhagwan Pawar, Pune district health officer, told The Indian Express that concerted efforts have been made to step up surveillance to track cases of Covid-19 infection. “Our watch teams are deployed across villages and we have identified 87 hotspot villages, which have Covid-19 cases. While meetings and gatherings have been expected during the festival season, we have appealed to people to abide by Covid-appropriate behaviour,” he said.

Mucormycosis had emerged as a significant health challenge during the second wave of Covid-19 infections. It is a rare but serious fungal infection which usually poses no serious threat to those with a healthy immune system.

Doctors had noted a rise in mucormycosis cases among those who were hospitalised due to Covid-19, or recovered from the infection, during the second wave. According to state Health Department data, 7,387 people have recovered from the infection while 1,340 have succumbed to it. Currently, 1,239 patients in the state are undergoing treatment for it.