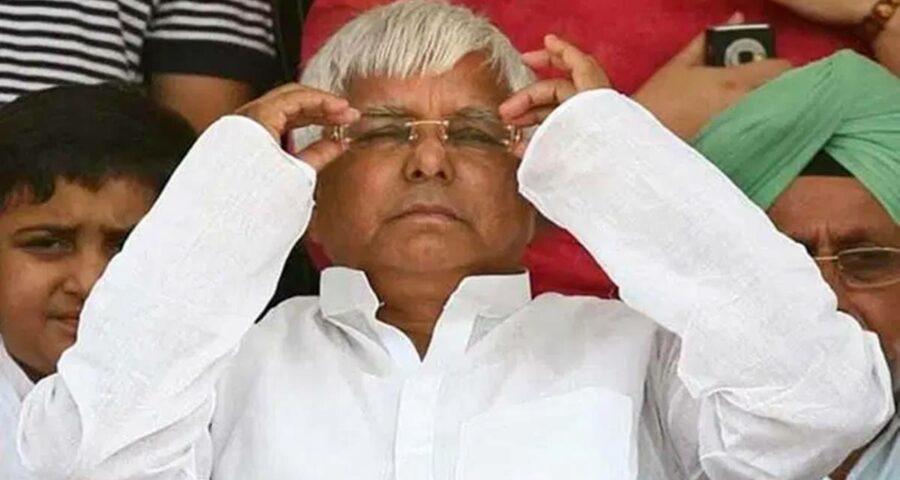 The RJD supremo, who has been staying in Delhi after his release from jail a few months ago, has been in Patna since Monday. RJD president Lalu Prasad on Wednesday tried his hands at the steering wheel as he drove an open jeep on the streets adjoining the sprawling bungalow allotted to Rabri Devi, his wife and former chief minister.

The septuagenarian leader was apparently trying to send out a subtle message that he remains in the driver’s seat despite his poor health.

“Drove my first vehicle after years. Every person born in this world is, after all, a driver in some respect. May the vehicle of love, harmony, equality, prosperity, forbearance and justice run smoothly in your lives,” Prasad tweeted in Hindi.

The RJD supremo, who has been staying in Delhi after his release from jail a few months ago, has been in Patna since Monday. He appeared before a special CBI court on Tuesday in connection with a fodder scam case.

Special CBI judge Prajesh Kumar, who had last week ordered the former Bihar chief minister to appear in person, fixed November 30 as the next date of hearing.

“On the next date, the court will examine the witnesses who number about 200. On that date, Lalu ji has not been asked to appear. However, he will appear whenever the court asks him to do so,” Prasad’s counsel Sudhir Sinha told reporters on Tuesday.