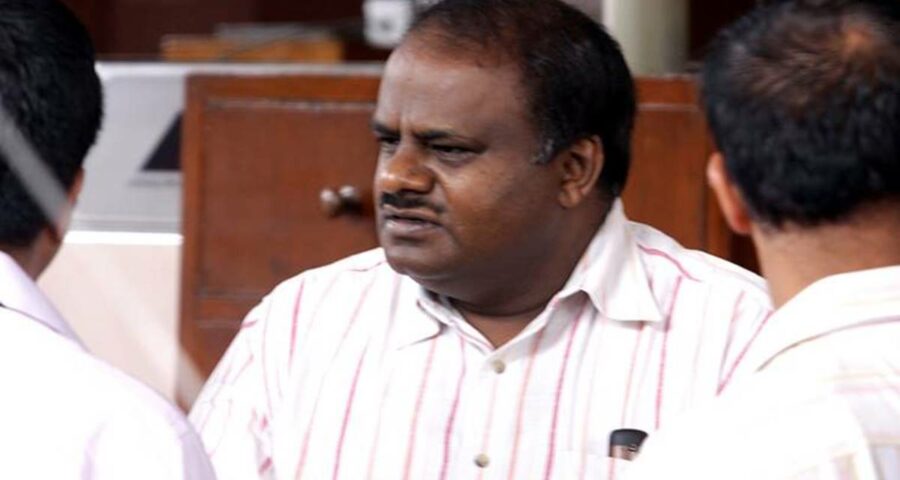 Earlier this week, Kumaraswamy had accused the RSS of marking houses of those who gave donations for Ram Temple in Ayodhya and alleged it was similar to what the Nazis did in Germany. Days after alleging that RSS was marking houses of those who were not donating money for the upcoming Ram Temple in Ayodhya, former Karnataka Chief Minister H D Kumaraswamy Wednesday said that he was “threatened” by people who had come to him asking for donations for the temple.

“I am also a victim. 15 days ago, three people, including a woman, came to my house. They threatened me that why am I not giving money. This is the country’s prime issue, why are you not giving money?” Kumaraswamy said.

“Who is she? Is she authorised to come and ask me?” Kumaraswamy he questioned.

The former chief minister also clarified saying that he does not oppose the construction of the Ram Temple, but wants more transparency in the process of fund mobilisation. The government has a responsibility to check who is collecting funds for the Ram Temple, he said during a press conference in Bengaluru.

“I am neither opposed to the construction of Ram Temple nor did I speak ill of any organisation or the collection of funds for the temple. Even my party members have given money. But, I want to know who has authorised those collecting money door-to-door? What’s their background? Who gave them licences,” he asked.

“I am objecting only to the collection of funds for the temple construction without any transparency, loot and misuse of funds in the name of  Lord Ram,” he said.

Earlier this week, Kumaraswamy had accused the RSS of marking houses of those who gave donations for Ram Temple in Ayodhya and alleged it was similar to what the Nazis did in Germany.

“It appears that those collecting donations for the construction of Ram Mandir have been separately marking the houses of those who paid money and those who did not,” Kumaraswamy had said in a series of tweets.

The RSS had dismissed the allegations, saying they do not qualify for any response.