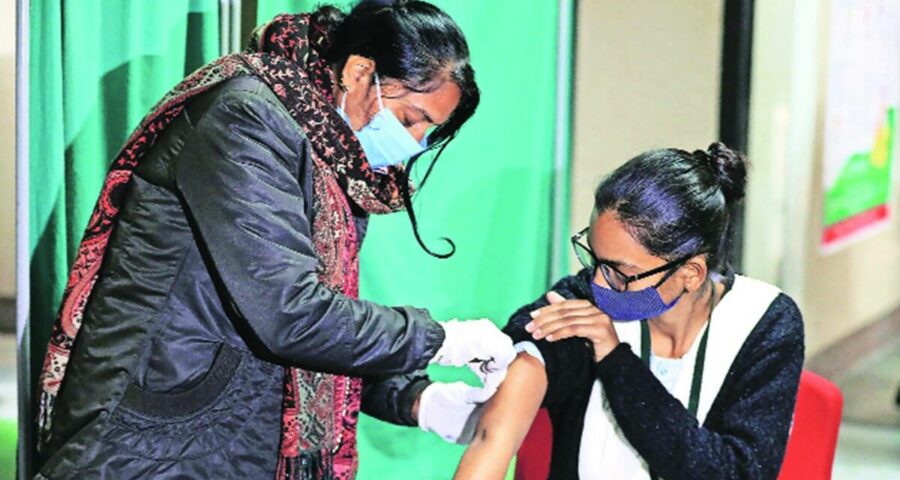 Several who had pre-registered on the CoWin portal complained that the slots were not available. The third phase of the nationwide Covid-19 vaccination programme for people above 18 years of age began in seven worst-hit districts of Uttar Pradesh on Sunday. Several who had pre-registered on the CoWin portal complained that the slots were not available.

Though the state had set a target of giving 20,000 doses to people between 18 and 44 years of age on the first day, the exact number of vaccinated people in this age group would be known on Monday, said Addition Chief Secretary (Health) Amit Mohan Prasad. The state has 9 crore people in the 18-44 age group.

An official said that in Lucknow, 2,704 people who belonged to the 81-44 age group were given the vaccine. Besides Lucknow, Kanpur Nagar, Prayagraj, Varanasi, Gorakhpur, Meerut and Bareilly were the other districts that opened up vaccination for the third group. In the first two phases, frontline workers, people above 60 years of age and those above 45 years but with comorbidities were allowed to get vaccinated.

Speaking at launch of the vaccination drive at Avantibai Hospital in Lucknow, Chief Minister Yogi Adityanath said, “We have selected seven districts where active cases and positivity rate are high… The vaccination for 18+ has started with the intention of ending the pandemic… For the next five days in the seven districts, vaccines will be given at 85 centres, and after that, we will start giving free vaccines to all people between 18 and 44 years of age.”

An official said people in the 18-44 age group must register on the CoWin app for vaccination as walk-ins were not allowed.

So far, 1.02 people have received their first dose while 23.22 lakh people are fully vaccinated.