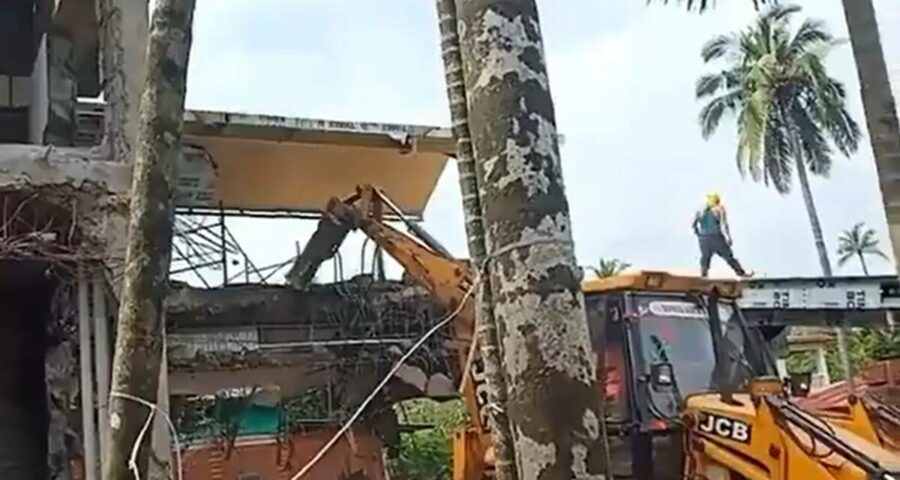 Narvekar had reportedly built a 2,000 sq ft sea-facing bungalow on a plot in Murud, Dapoli. Sources in the Shiv Sena said that Narveker demolished his house apprehending action by the authorities. Narvekar had reportedly built a 2,000 sq ft sea-facing bungalow on a plot in Murud in Dapoli.

Narvekar’s move of demolishing the bungalow on his own is seen as an attempt to avoid any embarrassment.

In June, BJP leader Kirit Somaiya had filed a complaint with the central and state environment departments alleging that constructions in the area by Narvekar, Shiv Sena Minister Anil Parab and few others were illegal. Subsequently, a team, comprising officials from the Centre and state had visited the site.

On Sunday, Somaiya posted a video of the demolition of Narekar’s bungalow, taking credit for it. “We have done it. I will be visiting the site today to see the demolition and will demand criminal action against Narvekar,” Somaiya said.