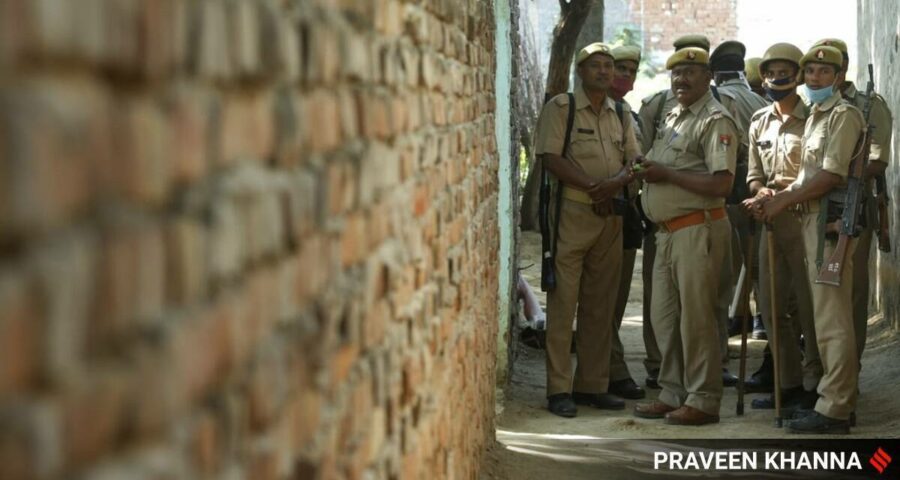 Police said the two accused, Mahesh alias Fuddu and Ajay alias Ajit, hail from Bharatpur in Rajasthan and are part of a vehicle theft gang in Deeg, Rajasthan. Faridabad Police busted a vehicle theft gang operating in the district with the arrest of two of its members, and recovered ten stolen vehicles on Saturday.

Police said the two accused, Mahesh alias Fuddu and Ajay alias Ajit, hail from Bharatpur in Rajasthan and are part of a vehicle theft gang in Deeg, Rajasthan.

“The accused would come to Faridabad by bus to conduct thefts and would keep a weapon with them during the crime so that they could use it to intimidate people and escape, in case they were ever in a tight situation,” said Faridabad Police PRO Sube Singh.

“They would steal any vehicle – scooters, motorcycles, cars, canters, tractors etc. They would first do a recce and steal a vehicle when the opportunity emerged. They would then take the vehicles straight to Rajasthan. However, lately, they were unable to sell the stolen vehicles due to the lockdown,” he said.

A third accused, Rahul, who is also involved in the crime, is still absconding, said police.

“Rahul is a resident of Faridabad, so he knows the city’s lanes and junctions. He would help his accomplices make a quick getaway following the crime,” said Singh.

On June 24, when Mahesh came to Faridabad to commit a similar crime, he was arrested on the basis of a tip-off. Police also recovered a country-made pistol and three live cartridges from him. He was taken into five days’ police remand, during which he told the police about his accomplice, Ajay, who was arrested on June 29 from Rajasthan.

“Mahesh is a repeat-offender and a drug addict, who has already been to prison multiple times for theft. In 2016, 26 stolen motorcycles were recovered from the two men, who then served a prison sentence in Rajasthan,” said Singh.

“We have so far found that 11 cases are registered against the men in different police stations in Faridabad. We have recovered four tractors, four motorcycles, one canter, and one auto from Rajasthan, all of which they had stolen. Both accused have been produced in court and sent to prison. Investigations are on to arrest the third accused,” he said.