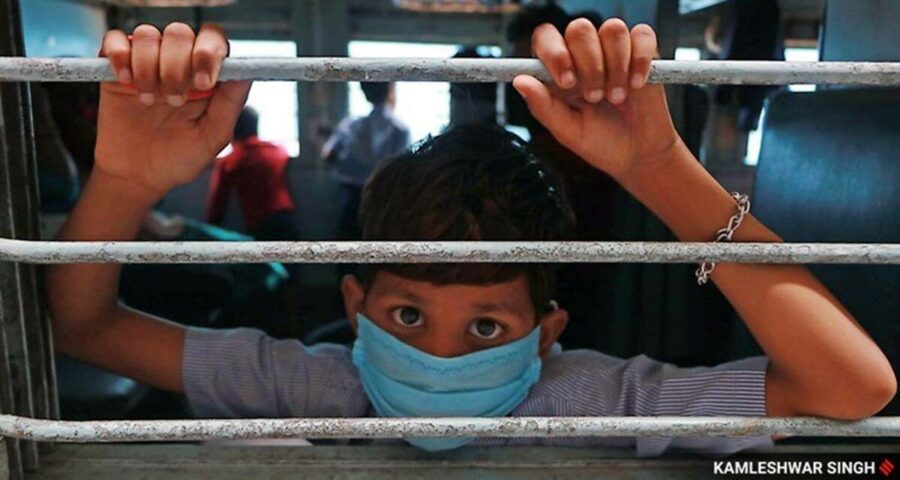 Delay in trial and hearings causing an impact on their mental health, say Observation Home officials As many as 11 children in conflict with law (CCL), including a teenaged girl, remain lodged in an Observation Home in Mumbai – some of them for over three years — without being considered for interim bail during the pandemic. Neither have any of the CCLs been produced before the children’s court since the pandemic began nor have trials begun in any of their cases, which is now causing an impact on their mental health, said officials at the Home.

The 11 CCLs lodged at the Observation Home in Dongri are children between the ages of 16 and 18 years, who have been ordered to be tried before designated children’s courts for alleged offences that attract punishment of more than seven years, as per the amended Juvenile Justice Act.

“Their only interaction with the outside world is when their parents come to visit them once a week. Most of them keep asking us about when their cases will be heard. We engage them with activities but since there is so much uncertainty about when the trials will begin and conclude, they are facing difficulty in adjusting to long-term custody. We have even had to refer a few of them for psychiatric care at JJ Hospital and they are currently under medication,” said an official of the Home.

The official said that most of the children belong to financially and socially marginalised backgrounds and hence do not have access to proper legal assistance. Court records show that only a few of them had filed for bail in the past year.

According to court records, most of their cases have faced adjournments since March 2020 due to the pandemic with none of them being produced before the courts for over a year. Trials have not begun even in one case, denoting that the incarceration may continue for a prolonged period. Court records show that some of the cases have been adjourned from April for a hearing only in July.

As per the Act, once a child is referred to a children’s court, the Juvenile Justice Board can’t decide on the bail pleas or other applications. With courts functioning in a limited manner since the pandemic began, there has been no progress in their cases.

The CCLs have been booked in cases including murder, sexual assault and attempt to murder. In one of the bail hearings, the court rejected the bail plea of a CCL booked for sexual assault of a minor on grounds of safety of the victim. The Probation Officer’s Social Investigation Report, referred to by the lawyer for the child which stated his good conduct, education and other aspects from his family and neighbours, were not considered.

The JJ Act specifies that every child is entitled for bail except if their release can bring them in association with any known criminal or expose them to moral, physical or psychological danger, or the release defeats the ends of justice.

In August last year, the Bombay High Court had granted bail to a CCL after he spent 54 months in the Home, stating that the exceptions were not met while denying bail to a child. It had placed him under the supervision of the NGO and the probation officer, with directions to submit reports every three months, regarding his progress and rehabilitation to the children’s court.

In March last year, after the Supreme Court recommended setting up a high-powered committees to release prisoners during the pandemic to decongest jails, many undertrials were granted interim bail. The category of children between 16 and 18 years of age did not find mention in the order or the state committee’s recommendations.