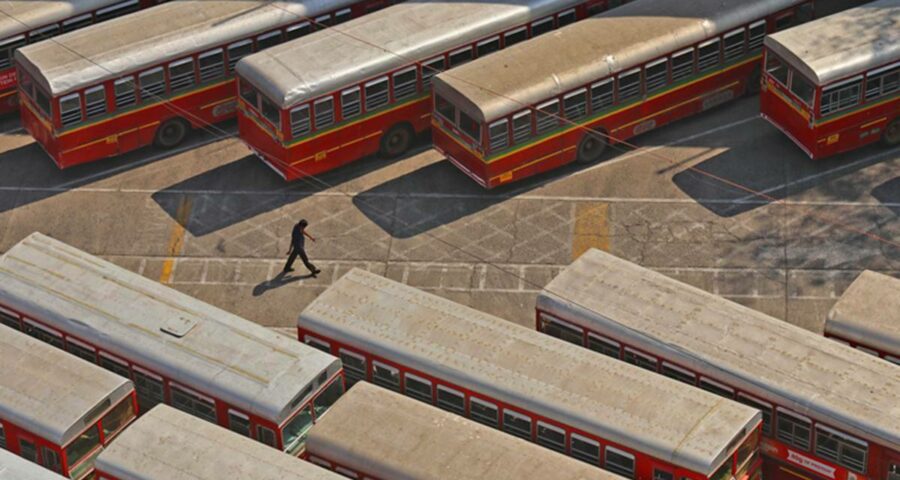 The MSRTC's workers’ union is demanding a merger of the cash-strapped company with the state government so that its staffers can get emoluments equivalent to that of state government employees. Thousands of passengers in Pune district faced inconvenience on Monday as Maharashtra State Road Transport Corporation (MSRTC) buses remained offroad due to the strike called by its workers’ union.

More than 2,600 bus trips that are conducted daily from four stations in Pune and Pimpri-Chinchwad were cancelled, causing heavy financial loss to the transport body.

The MSRTC’s workers’ union is demanding a merger of the cash-strapped company with the state government so that its staffers can get emoluments equivalent to that of state government employees.

Since all workers supported the strike, bus operations from all four important state transport stations in the city — Wakdewadi, Swargate, Chinchwad and Pune Station — remained suspended from the intervening night of Sunday and Monday.

On Monday, passengers were being turned away from the stations as MSRTC staffers staged protests outside the depots. Hundreds of passengers who were unaware about the strike call were surprised by the sudden closure of services. Many reported that private operators had increased fares manifold.

Although the demand for the merger was long-pending, the delay in payment of salaries due to the Covid-induced lockdown and the death by suicide of more than 30 employees triggered a spontaneous agitation last week.

The issue was heard by a vacation bench of the Bombay High Court, which directed the setting up of a high-level committee to reach an amicable solution to the issue. The bench directed the committee to not only meet the representative of the respondent trade union but all the 28 unions and to complete the exercise within 12 weeks as well as inform the court of the progress every fortnight.

A senior official from MSRTC’s Pune Division said operations were 100 per cent shut due to the strike. “We may have lost Rs 60,000 in revenue due to the strike. Passengers also suffered as many were unaware about the strike and were reaching stations hoping to board a bus. Everyday at least 2600-2800 trips are conducted from four depots in Pune and Pimpri-Chinchwad,” said Dyaneshwar Ranaware, Divisional Traffic Controller, MSRTC.