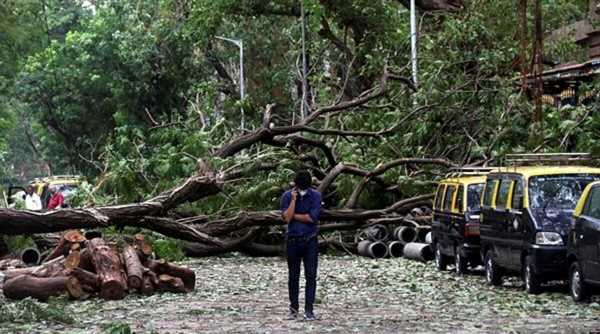 After cyclone Tauktae felled over 800 trees and killed at least two people in such incidents, the BJP alleged that proposals of tree trimming were pending before the TA since March After a delay of two months, the Tree Authority (TA) has cleared proposals for appointment of firms for tree trimming work across the city. On Monday, three proposals, one each for the island city, western and eastern suburbs were approved by the committee, headed by Municipal Commissioner I S Chahal.

The Brihanmumbai Municipal Corporation (BMC) will spend Rs 38 crore on trimming, removal of dead and dangerous tress and preservation works through 24 contractors in Mumbai over the next one year. Every year, this work is taken up just before the monsoon. The last time contracts were given out for the work was in 2019, and their end date in June 3 is approaching.

After cyclone Tauktae felled over 800 trees and killed at least two people in such incidents, the BJP alleged that proposals of tree trimming were pending before the TA since March. Party leaders said had the proposals been passed, the work could have been undertaken in time and the damage averted.

“This is a clear case of negligence. The proposal was pending with the Tree Authority since March. Pre-monsoon tree trimming did not take place in these two months. The damage could have been minimising if trimming was done timely,” BJP leader Prabhakar Shinde had said.

Shinde had said as per the act, meeting of the TA should take place in every 21 days. However, since March 23, no meeting has taken place. Another BJP leader and TA member Abhijeet Samant said the BMC had promised to purchase automated tree-cutting lift with mechanised hacksaw but no progress has been made.

According to the proposals, eight contractors have been appointed for the island city at a cost of Rs 12.47 crore, nine in the western suburbs at Rs 16.65 crore and in the eastern suburbs, six contractors will undertake the work at Rs 8.87 crore.

Opposition leader Ravi Raja said the BMC should appoint at least three arborists for scientific trimming of trees in the city. “The BMC-appointed contractors do not have any scientific experience. Of the 24 contractors hired for trimming, many are nullah de-silting contractors,” Raja added.

Earlier, Shiv Sena leader Yashwant Jadhav had said since the old contract was in force and it would end in June, the tree trimming work would not be affected.