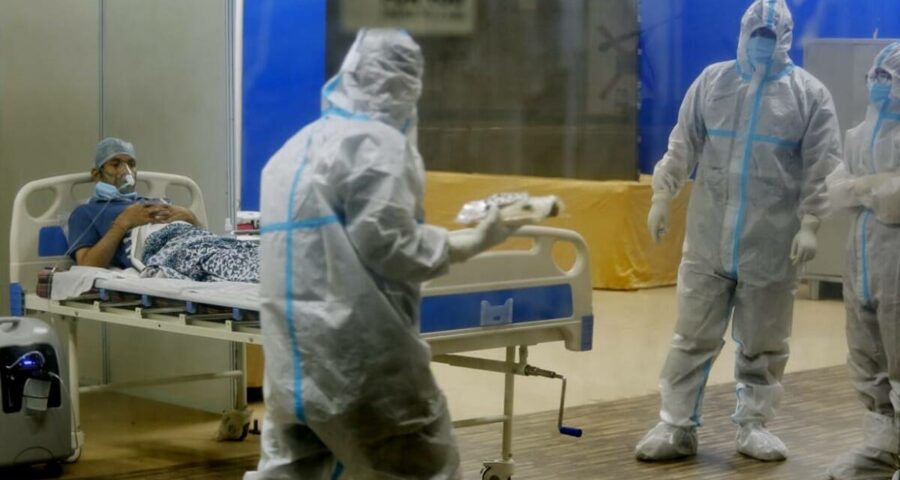 Unable to get slots for home testing, hundreds begin queuing up from the morning at hospitals where testing is available, often waiting between an hour to three hours. As Delhi reels under a surge in Covid cases, with the daily count exceeding 16,000 since April 14, private labs as well as testing facilities at government and private hospitals are struggling to keep up with the demand for RT-PCR testing, with patients facing a long wait to book a test as well as for the result.

Indicating the pressure they are under, Dr Arjun Dang of Dr Dangs Lab told The Indian Express, “Today, we opened for online bookings at 10 am, and we exceeded our maximum capacity in seven minutes. We are registering hundreds of bookings per minute, 90-95% just for RT-PCR at our three drive-through facilities. We are running overcapacity and are trying our best to deliver the results in 12-14 hours. Calls at the centre have increased eight-fold. This is unprecedented and we had no time to prepare for this.”

Unable to get slots for home testing, hundreds begin queuing up from the morning at hospitals where testing is available, often waiting between an hour to three hours.

At the All India Institute of Medical Sciences (AIIMS), a 60-year-old X-ray technician who works there had to join the queue for two days before being allotted a number. He said on Tuesday, “Yesterday I came at 9.30 am but there were so many people that I could not get the test done. Today I came at 7.40 am, but the first 100 slots were already taken, so I had to come by noon again.”

With flu-like symptoms and a fever, he said he wanted to check if he had Covid, even though he has got both doses of the vaccine.

Dr D K Sharma, the medical superintendent at AIIMS, said, “When the case load had reduced, we were getting 20-25 people — healthcare workers or their dependents — tested daily, now we are testing around 250. It has been a significant increase, but we have also increased the working hours of people.”

A dialysis technician working at the Max Hospital, Saket, said he had to get tested at Charak Palika Hospital in Moti Bagh as slots at his hospital were not available. The 30-year-old said, “I have had a fever since yesterday, and even though I am vaccinated, I worked for six days in the Covid ward so I want to check. There is no slot available anywhere; even at private hospitals there are long queues.”

The Delhi government had recently pulled up testing facilities for collecting more samples than they could process, leading to a long wait for results.

On Tuesday, patients at Primus Multispeciality Hospital in Chanakyapuri also said they had to wait more than an hour in the queue. Said a 56-year-old homemaker who came with her 20-year-old daughter: “I came from Faridabad as there is too much rush there at the centres there.” The MS of the hospital, Dr Subodh, said that due to the increased rush, waiting time is between two and three hours.